Warning: This post is of a delicate nature and not for little eyes. 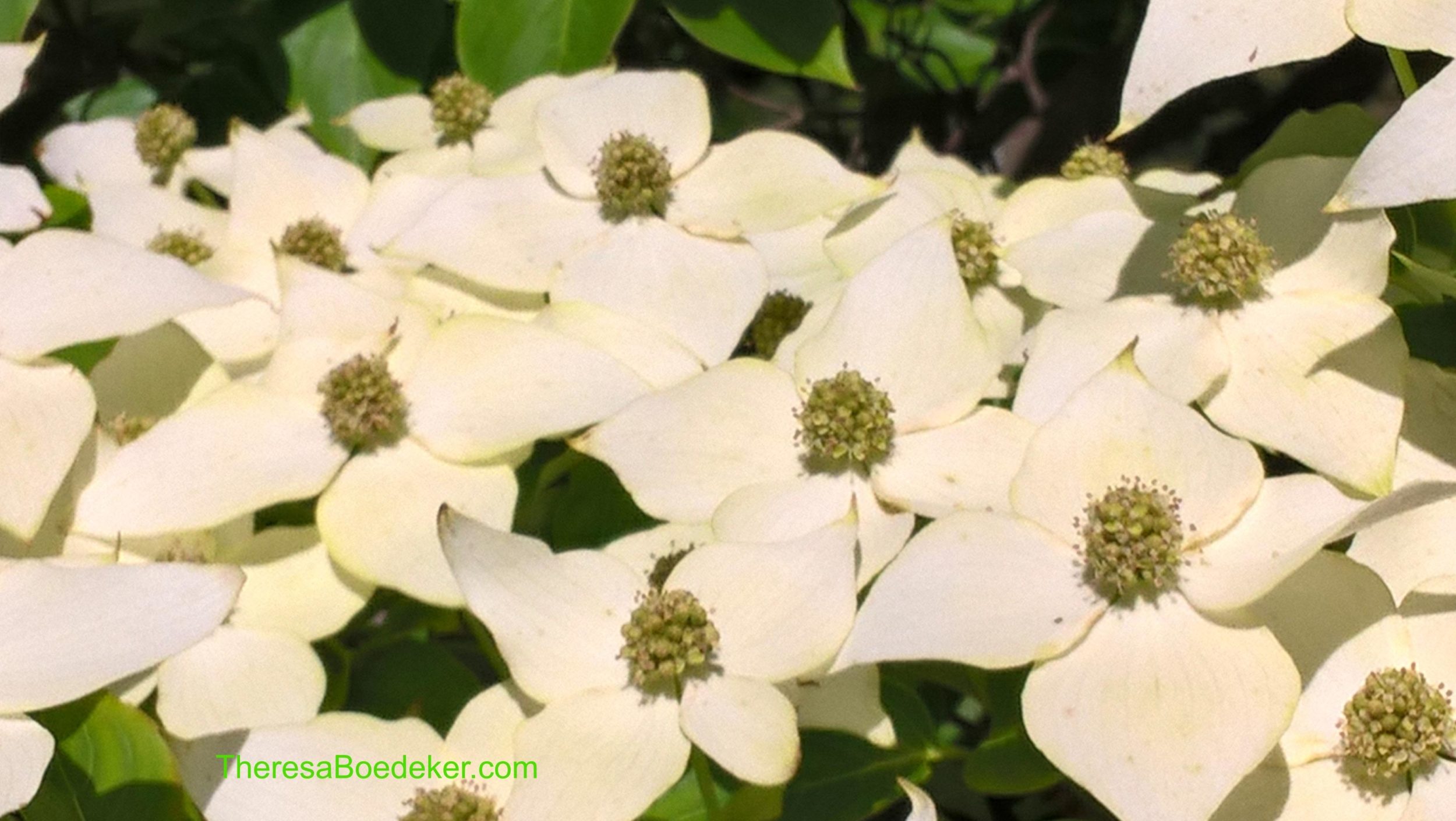 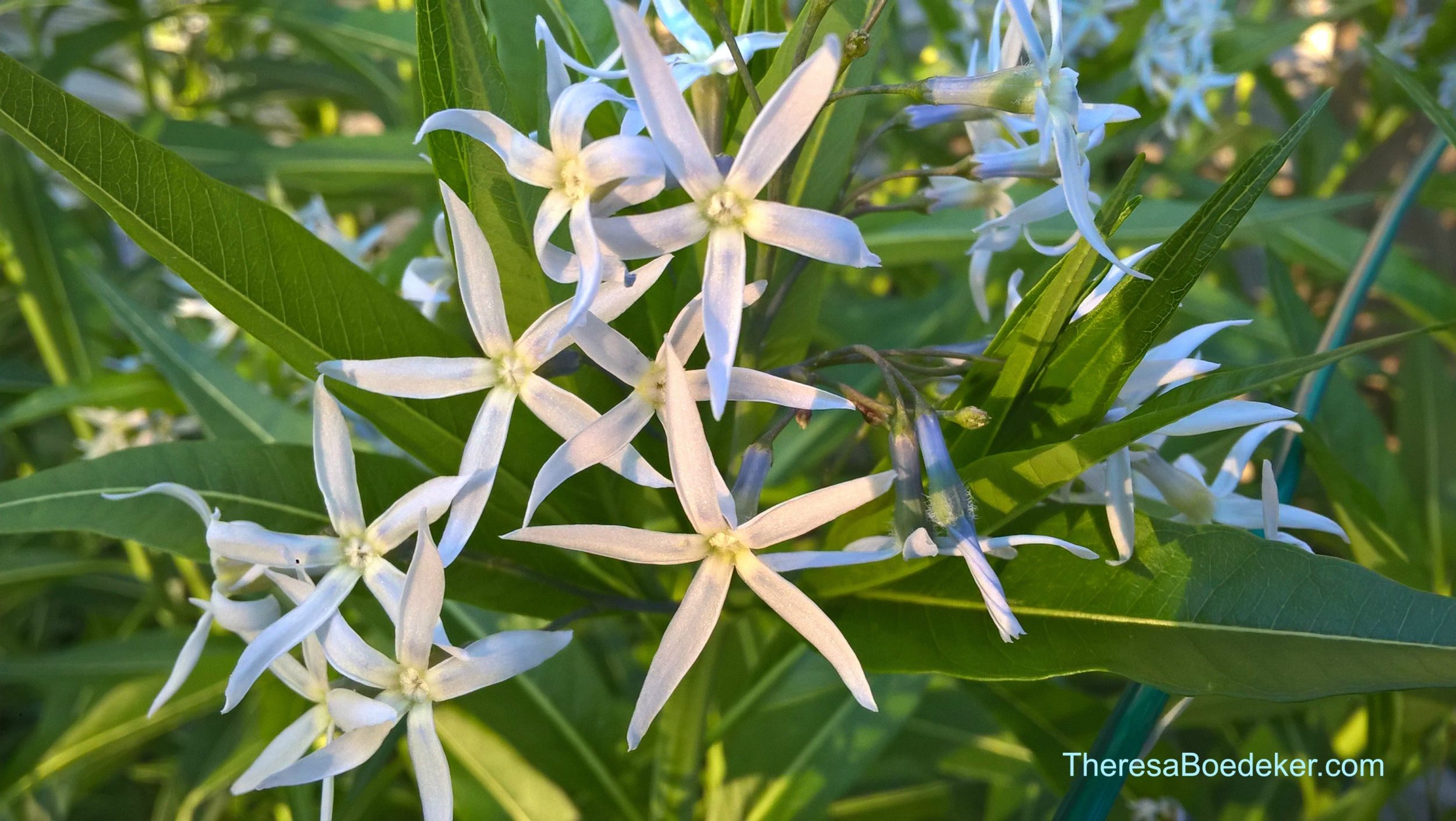 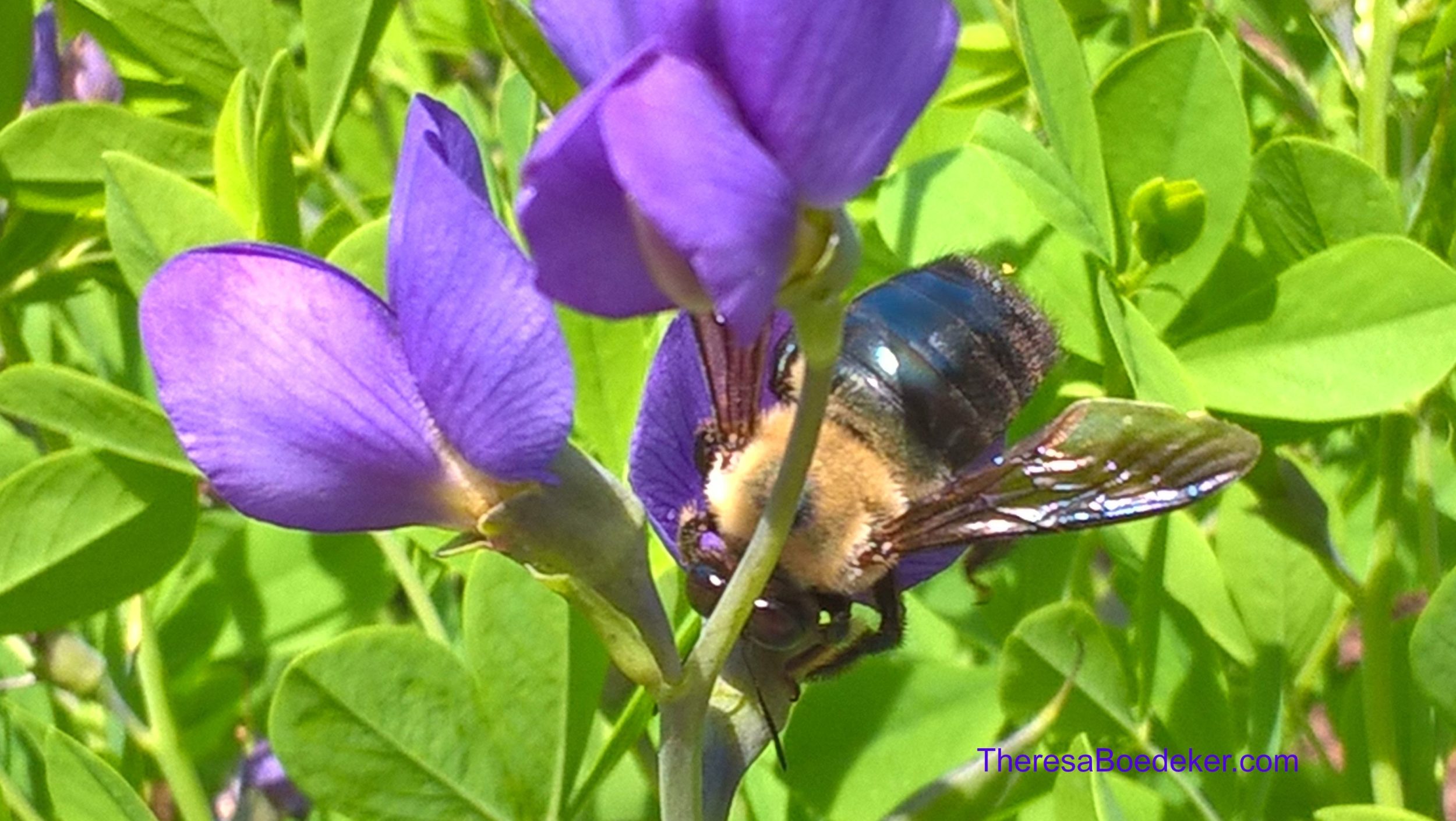 How sharing our secrets of guilt and shame can be healing.

Sharing the past can change our future.

Especially when we share secrets from the past. Bringing them carefully out and examining them in the light of today.

We can feel lighter. Better about our self. Begin to understand the past and how it shaped us and others, as well as see how we believed and lived under the secret for far too long.

Because the truth is, secrets don’t like light. They don’t like to come out of hiding. They need the dark and silence to keep being secrets and continue their torturous hold on us.

And yet, and here is an even bigger truth, if we share the big deep, dark secret, it no longer is a secret. Sharing the truth of the secret releases most of the hold it had on us. Freedom comes because now as we examine the secret, we see the whole thing in a new light. From different and wiser eyes. The truth of our now no longer secret frees us to new understanding. 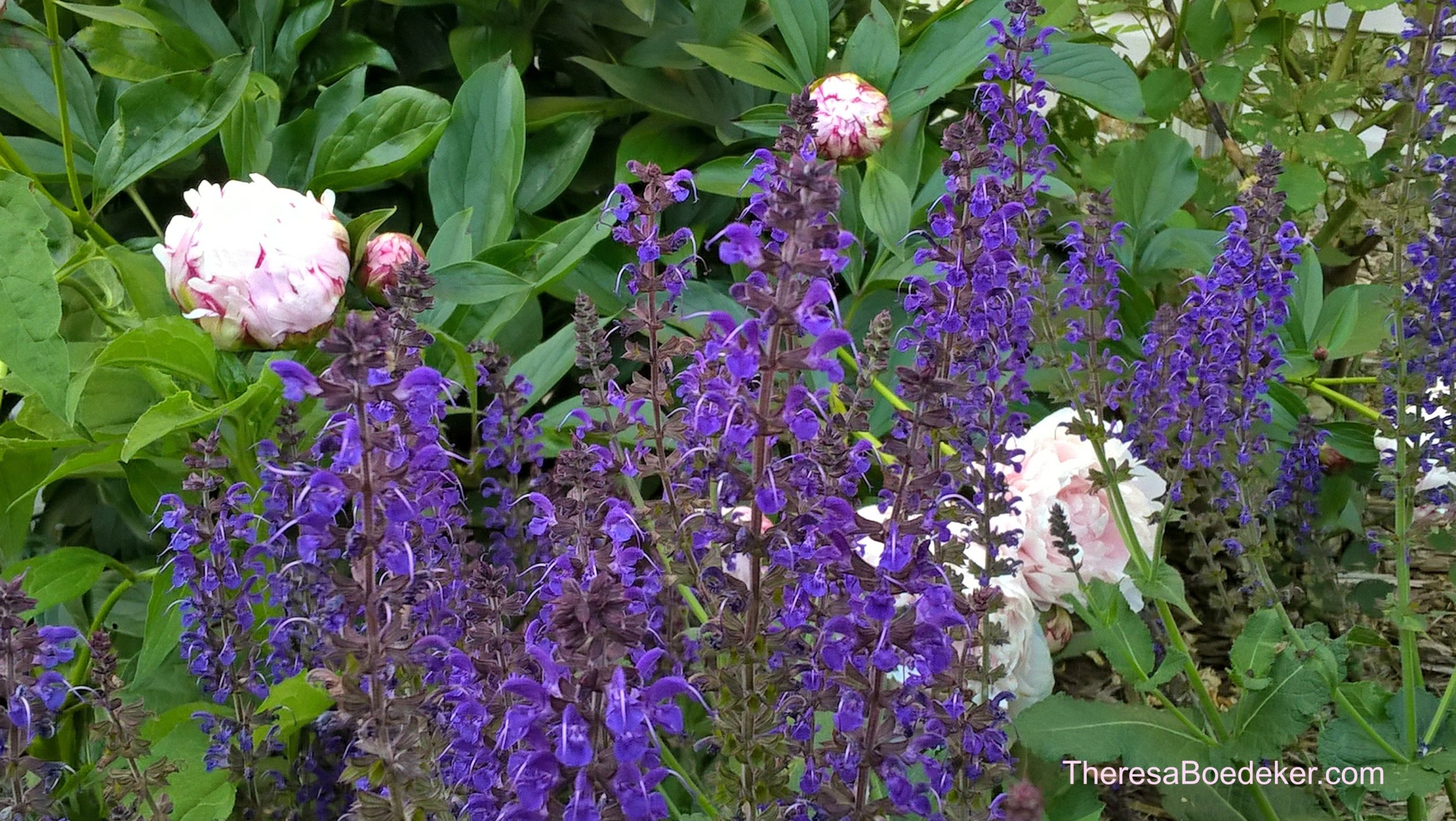 Keeping a secret that was not mine to keep.

When I was 12 or so we headed three states over to visit in-laws. One day my cousin took my younger sister, older brother and I to visit a family friend, who turned out to be about as old a man as they come. Or at least I thought so at the time. He seemed so old I wondered how he could live alone.

My aunt had praised him. My cousin had told us how wonderful he was. Just like a friendly old grandpa.

I remember thinking that it would be no problem to out run him, if need be.

We all sat in his living room talking. Where we lived. How long we were visiting.

He called me over to look at something. I obediently got up. He patted the chair next to him. I sat. He handed me something and asked my opinion. I tried to be polite.

Then he did something I thought was a little weird. He told my cousin to take my sister and brother to the basement and show them some stuff.

I didn’t want to be left alone, but he insisted I stay with him.

Then he started tickling my knee. My arm. My body. And I was laughing. If there was one thing I was, it was ticklish.

Are you ticklish here? he would ask, and then move somewhere else.

I would squirm and laugh.

I realized his hand was in my shorts and underwear.

I knew he was doing something he shouldn’t be doing. I knew you didn’t tickle people there. I knew, but didn’t know what to say or do.

I got quiet and he started tickling my leg with his free hand.

Embarrassment and shame filled me, but I wasn’t sure what to do.

I don’t know what I said, but I mumbled something and stood up, grabbing my shorts with me so his hand was removed.

Come here, he said. I just want to play.

I need to find the others, I said, hurrying away.

He told me to come back. That I was ruining the game. That I should not leave, but I did.

I found the others at the top of the stairs in the kitchen, talking.

Although my sister or brother did ask what the old man and I had did. I lied and said he had showed me some pictures. 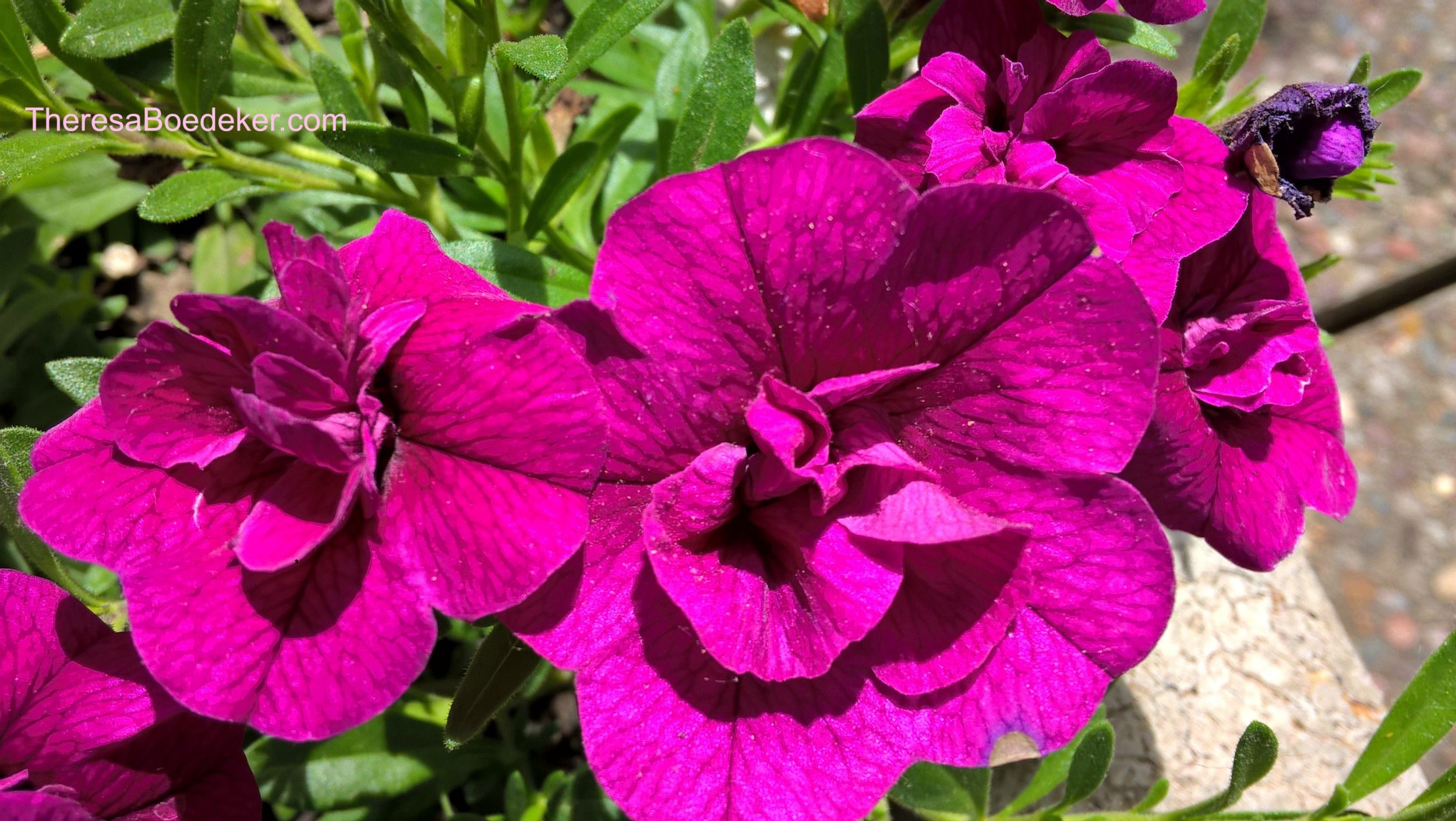 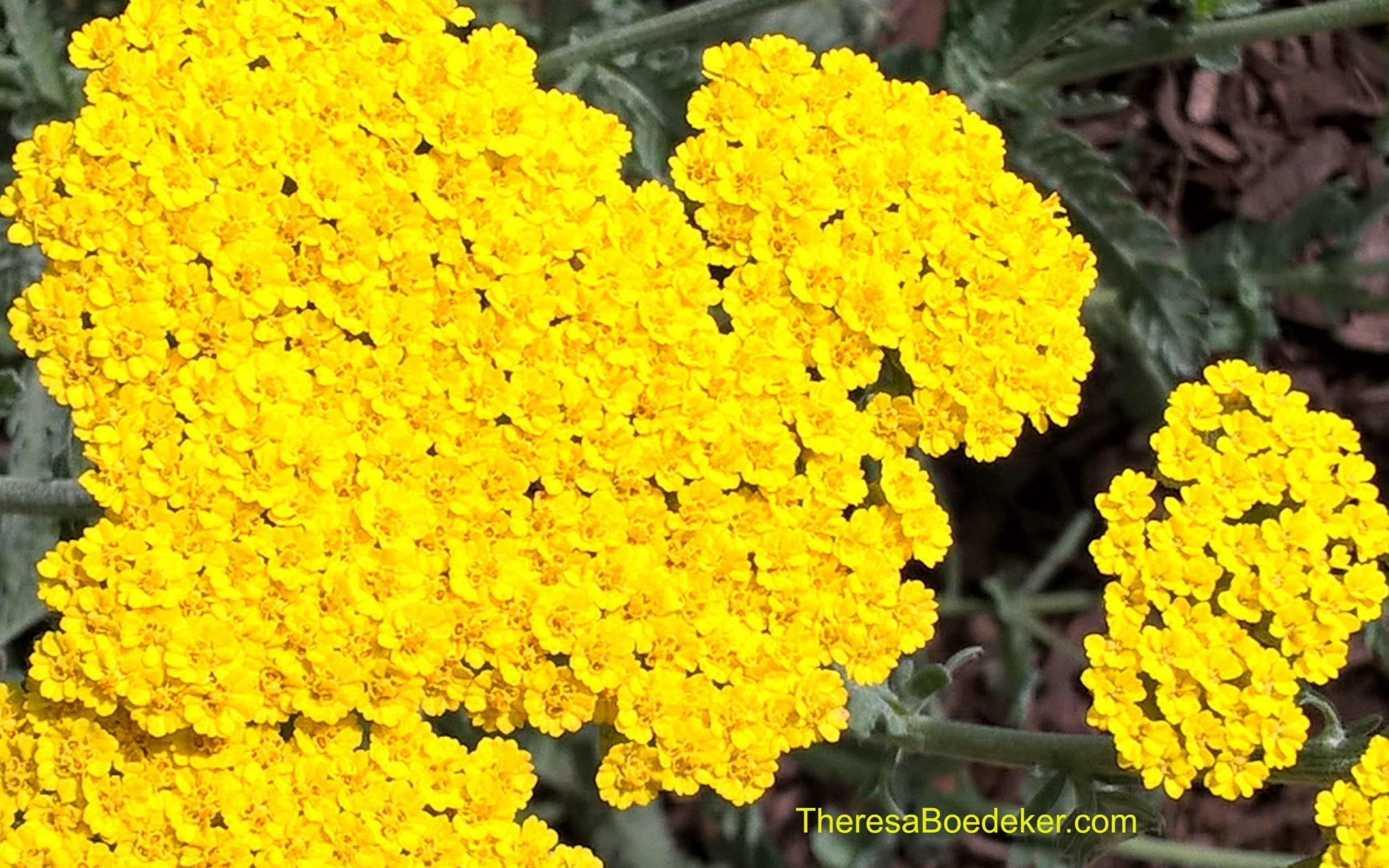 That is what shame, fear, dread, and knowing something wrong has happened does. It wants to hide in the dark. Not tell the truth. Turn what ever happened into a secret that only you can share. A secret that as time goes by weighs on you and gets heavier.

Time went by and I never shared the secret. I shoved it to the back of my mind and forgot it as best I could. And because I conveniently forgot it, I never labeled what had taken place.

Then one day as my husband-to-be and I were talking he asked if I had ever been sexually abused.

And then in the quiet of my mind I remembered the incident with the old man.

And suddenly the story broke free and I told him how the old man had tickled me.

My husband-to-be was quiet. Then said that he was a dirty old man and that what he did was sexual abuse.

I was shocked. It sounded like such a big accusation for such a little thing. Wasn’t sexual abuse forcing someone to have sex? We had been far from having sex.

I had not thought of this incident for years, but still I felt I was to blame somehow. I had enough shame from it I told no one. I wondered why he had chosen me? What should I have done? Had I encouraged him? People said girls asked for things; had I done something I hadn’t known and asked him for it?

And then as we talked I realized he was right. The man had violated my privacy. Touched me inappropriately. He had known it was wrong and sent the others from the room. And he had probably done it before with other young naïve girls.

It took that conversation with another to name and identify what had happened. It took someone else to help me figure it out and name it.

All those years I had been keeping the old man’s secret. It was not my fault or my secret.  And yet I had made it mine. 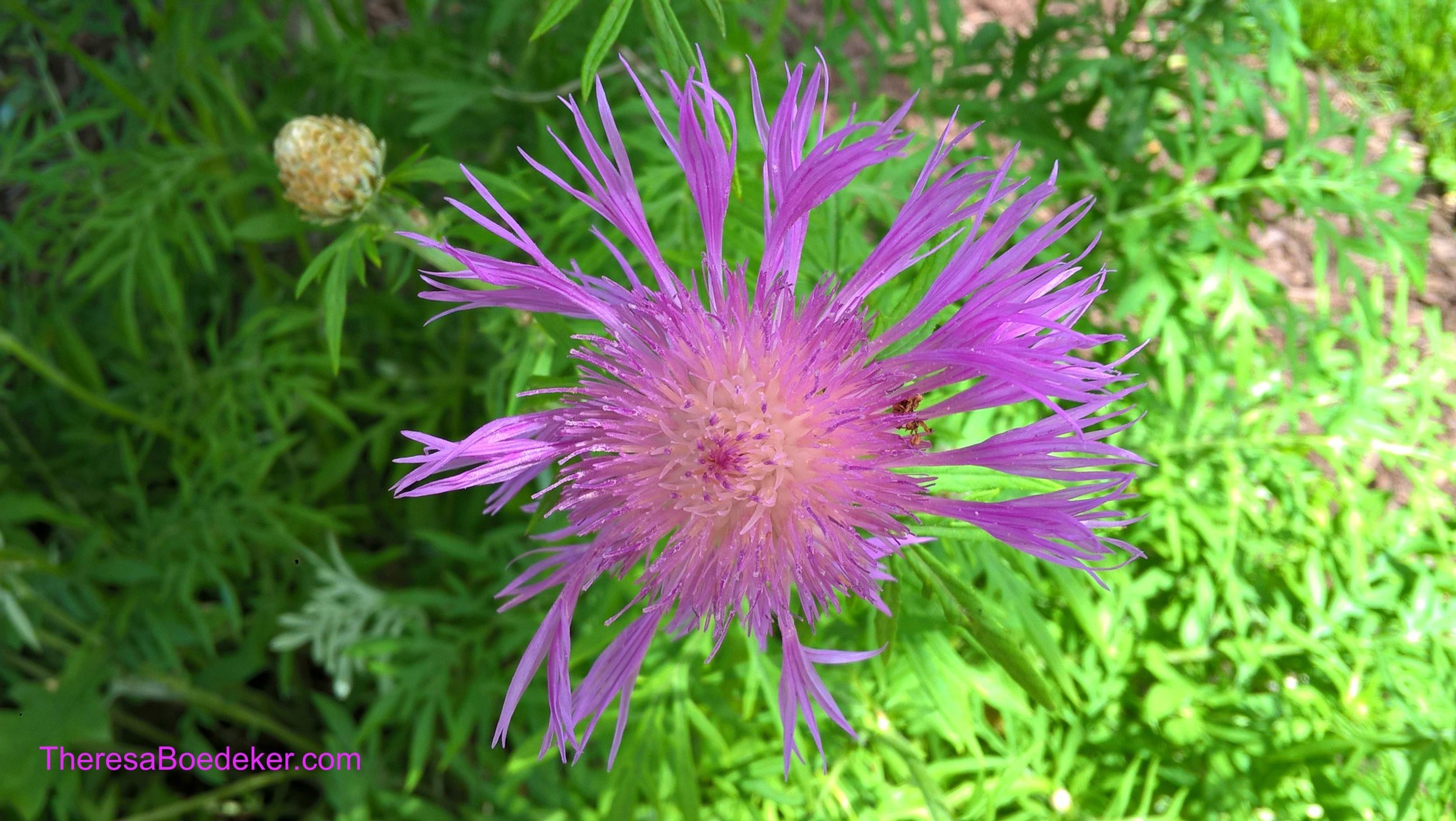 Dealing with guilt and shame: ours and others.

This is what sharing a secret does. We now have others looking at the situation or incident and seeing it differently than we do. They are not involved and can name what happened without fear or dread. They can reassure us that our assumptions and thoughts are not correct. Help us pick up the matter and look at it from different perspectives. Show that it was not our fault, that we were too young to understand, or just trying to survive.

And this is our job we have when someone gives us the privilege of sharing one of their secrets with us. We get to help them see the incident or event as it is. Help them make sense and understand their story in a new way.

When our friend tells us that their mom used to drink on bad days and they used to walk around on egg shells and then hide as the day progressed, we can sympathize, mourn and grieve with her childhood because no child should have to survive that. We can help our friend see that she did nothing wrong. She was only coping and trying to survive and do the best she knew how. We can let her know that not all moms are like this and that she was a brave girl to be able to cope and survive with this.

And then we do the most important thing possible. We quiet the fear that all of us think will happen when we reveal our dark secrets. Because we fear we will be unlovable, that people will abandon us when they know the truth. So we reassure our friend that she is still lovable and our best friend, because revealing her past or secrets will not make us love her any less, but in a way help us love her even more because she was vulnerable and now we understand her and care for her even more. 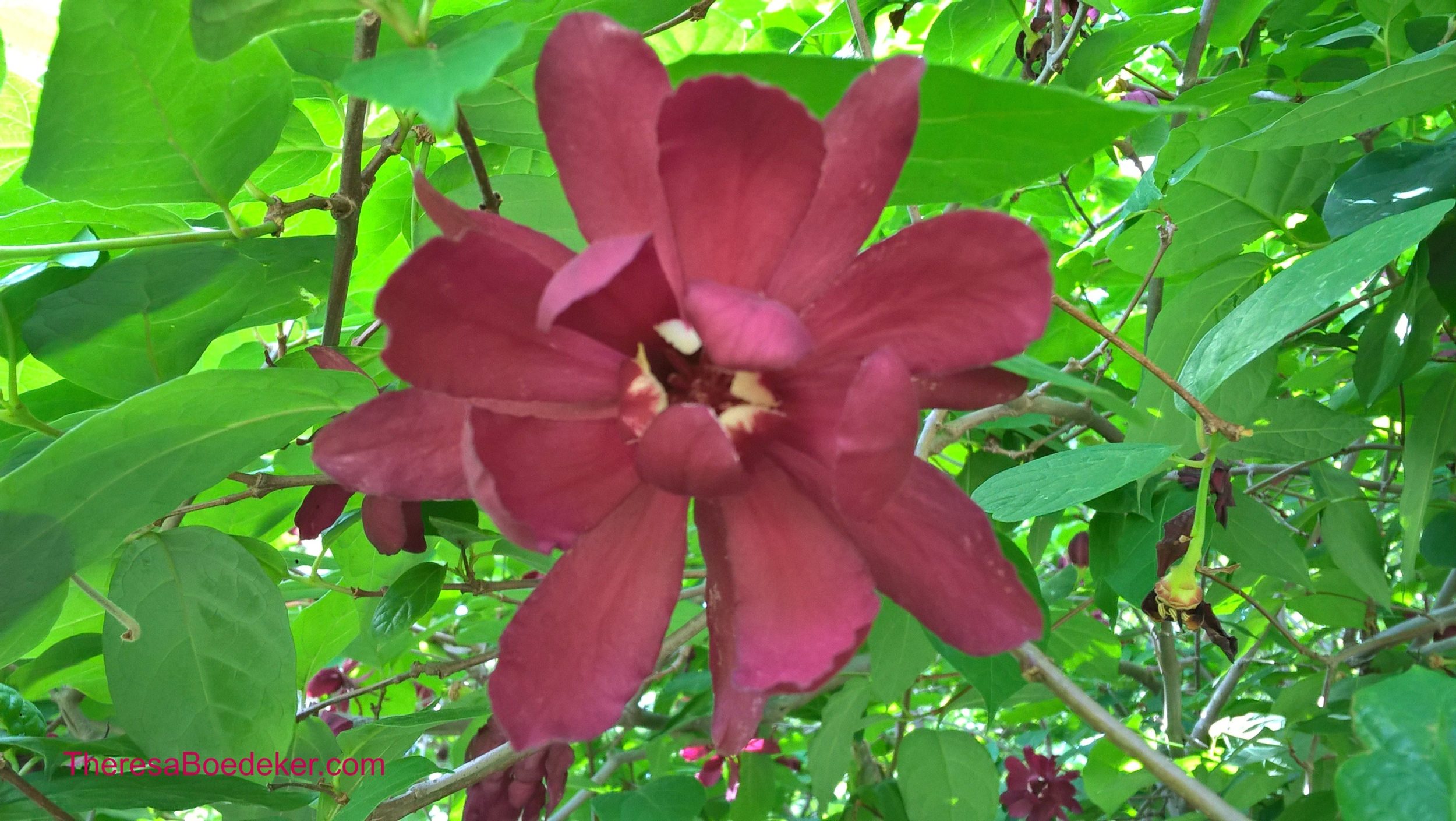 I don’t know what secrets you have hidden, but if you want them to quiet their grip on your soul, loosen their power over you, and allow you to glimpse the truth about them, then be brave and share your secret with someone else. Some trusted friend or community who will help you see the truth.

Sometimes sharing a secret is the best thing for us, even when it doesn’t seem like it would be.

The secret wants us to think it was our fault. that no one will love us if we share it. But that is a big fat hairy lie that only preserves the secret and our fear of the secret and what others will think.

Do you have a secret that has been hidden to long. That is whispering untruth to your soul?

But women are some of the most courageous people I know. 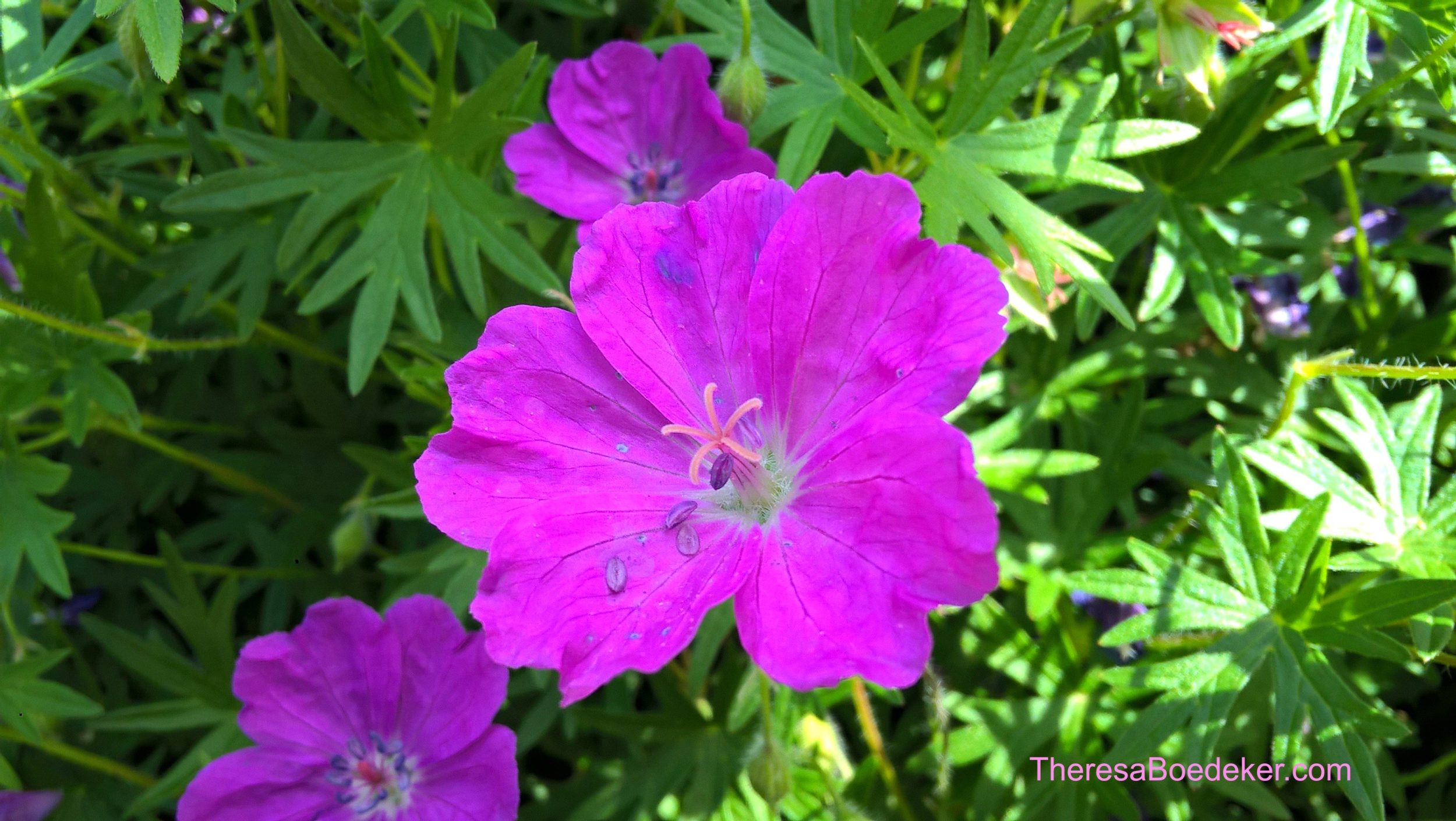 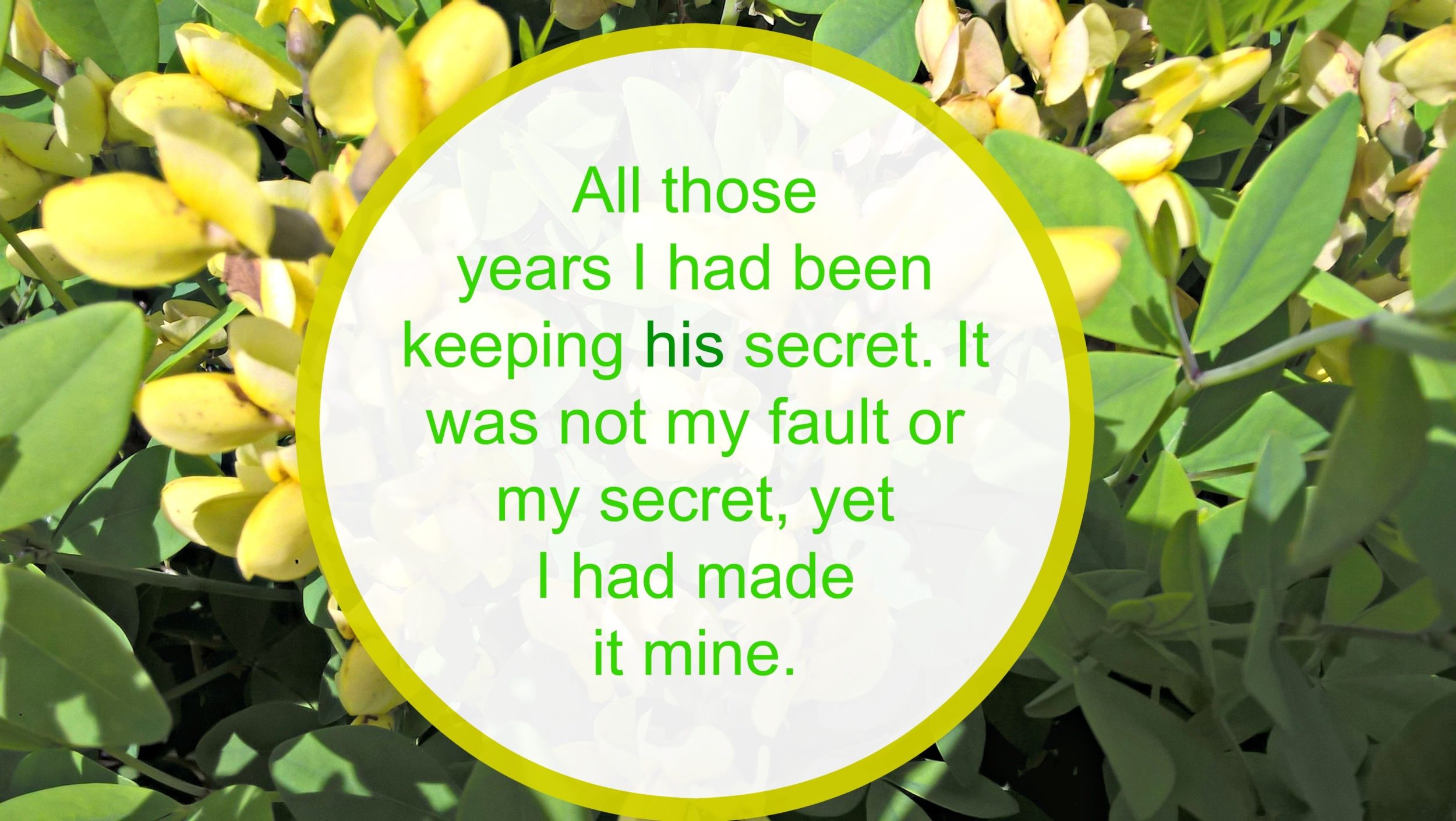 How to teach our children about sexual abuse:

Sexual abuse is a serious problem for both boys and girls. We need to educate our children about it and report all abuse to the police.

Some things that have helped me talk to my children about this topic is:

A book I found helpful in discussing this topic and also introducing the topic of pornography was Good Pictures, Bad Pictures.

Thanks for stopping by to visit. May your day be filled with grace and peace. 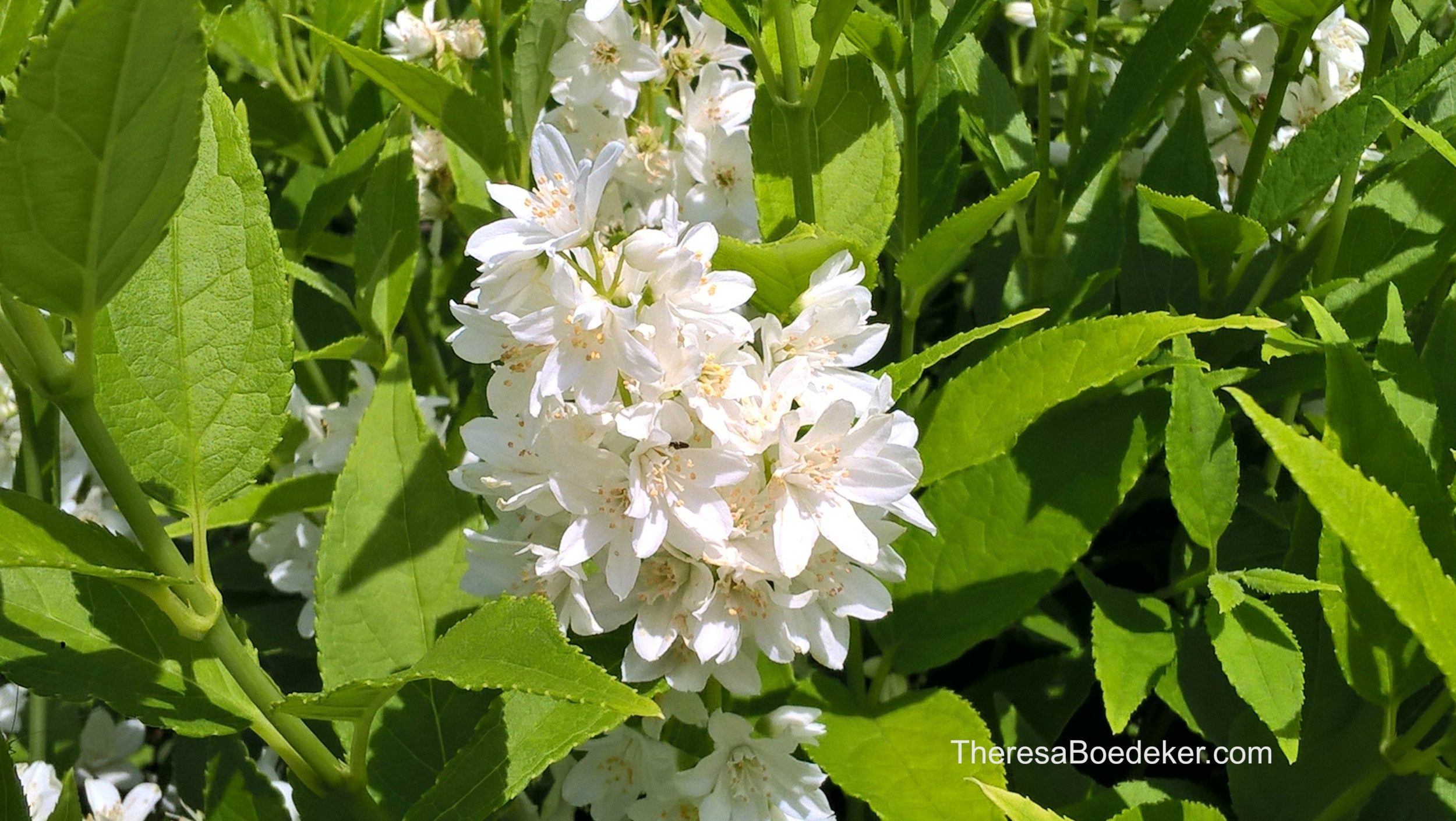 Join the Discussion: What helpful information do you have to share on this topic? How do you silence secrets?

Who Is the Hero of Your Story?
Lego Movie, Control and Releasing
When I found Out that Orange is Not a Color

Previous Post: « Why Litle Boys Love Peeing Outside
Next Post: Life as it Comes #38 | The One Fatal Flaw »

Why Litle Boys Love Peeing Outside

We were three mothers standing in the cul-de-sac chatting about trivial things. Ripe strawberries, dogs, lost socks, dinner. The 5...