Criticism comes whether we want it or not. How can we respond to it without getting baited and pulled into a back-and-forth conversation?

Do people’s words of criticism bother you?

I was reading about how Peninnah was tormenting and teasing Hannah about her childlessness and it made me sad and angry. Because this time I realized that Peninnah’s attitude had nothing to do with Hannah being barren, it had to do with Peninnah.

Peninnah’s attitude towards Hannah was contemptuous, full of disdain, rude, critical, and angry. Hannah’s barrenness was just a handy subject to throw in her face.

Peninnah probably found things every day to tease and provoke Hannah about, not just her lack of children and the low status that brought in that culture. Peninnah probably criticized and mocked the food Hannah made, how she looked, the way she walked, how she wove fabric. Whatever was handy, was probably lobbed in Hannah’s direction.

Nothing Hannah did would ever be enough in Peninnah’s eyes and she treated her as her inferior.

Trying to get Peninnah to stop tormenting Hannah, would be like trying to get a stream to stop running towards the ocean.

Do you know people like Peninnah? No matter what you say or do, they find something to point out to you, making you feel like a failure?

It’s not about you. Seriously. Even if it feels like it is. It is about them and their attitude towards you.

Peninnah teased and tormented Hannah about her lack of children. Even when Elkanah, their shared husband, defended Hannah. When Hannah was pregnant with Samuel, do you think Peninnah really started respecting Hannah and treating her with kindness?

She just criticized and scorned Hannah about something new.

Unless Peninnah had a come-to-Jesus-moment change of heart, it never stopped.

Even after Hannah had a handful of (yes 5 more) children, it is most likely that Peninnah was still criticizing and tearing down Hannah.

Because it wasn’t Hannah who needed to change. It was Peninnah. 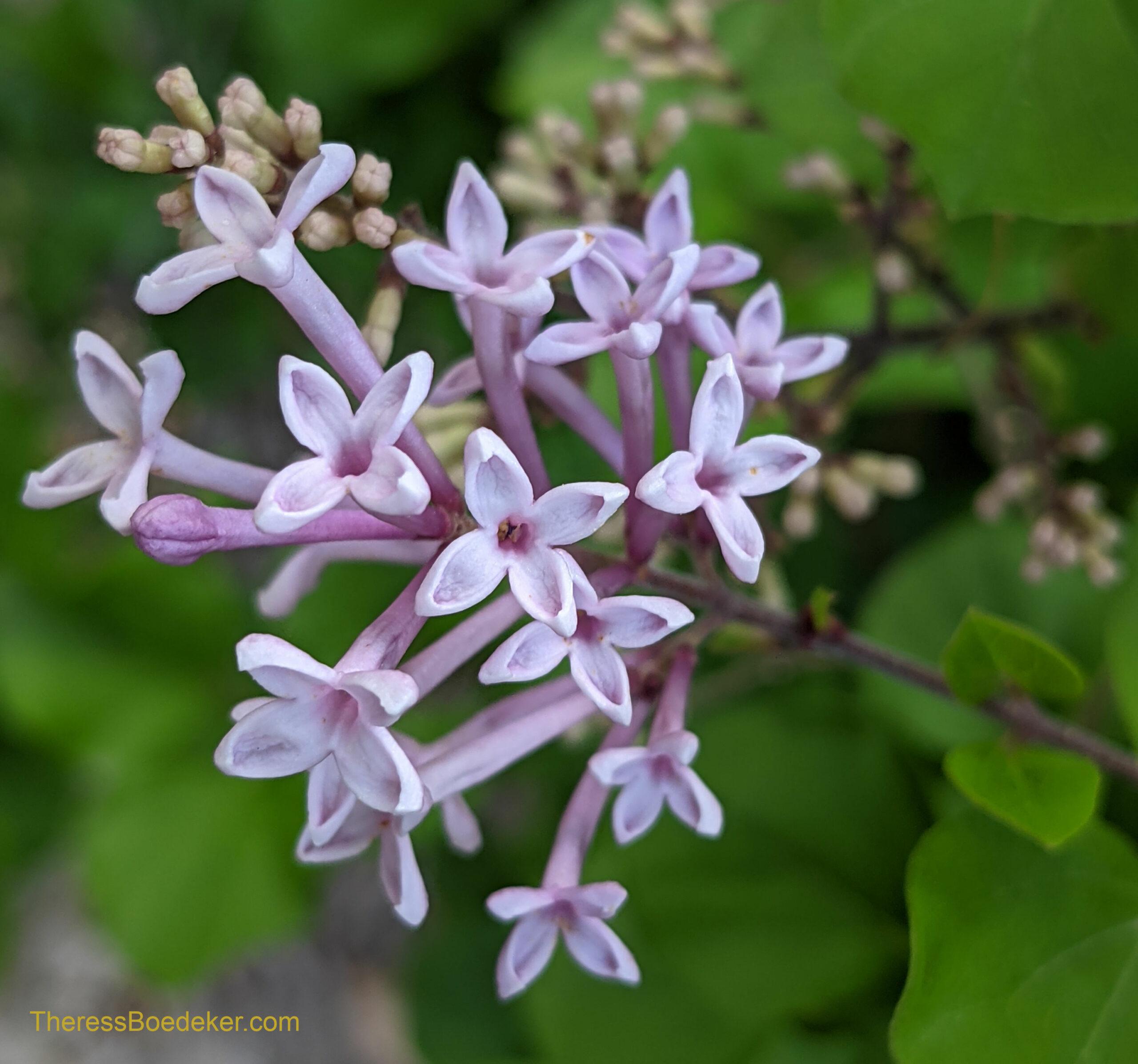 You think it is about you, but it is not.

Has this ever happened to you? You are getting teased for one thing. Let’s say for being too short. You grow and can now do those things you were teased about, but the person doesn’t stop teasing you, they just tease and criticize you about something new, like now being clumsy.

It was never about you. But we think it is.

We listen to their words and take them seriously.

At least I do.

I get caught in this kind of trap because I take what they are saying seriously. “Oh, so you are criticizing my mom joke. And the shirt I am wearing.” I make a mental note. And next time I tell a better joke and wear a different shirt, but instead of noticing my progress and no longer picking on me, they just find something new to rudely point out.

It wasn’t really about me; it was about them.

Here’s what I have learned about people like this. 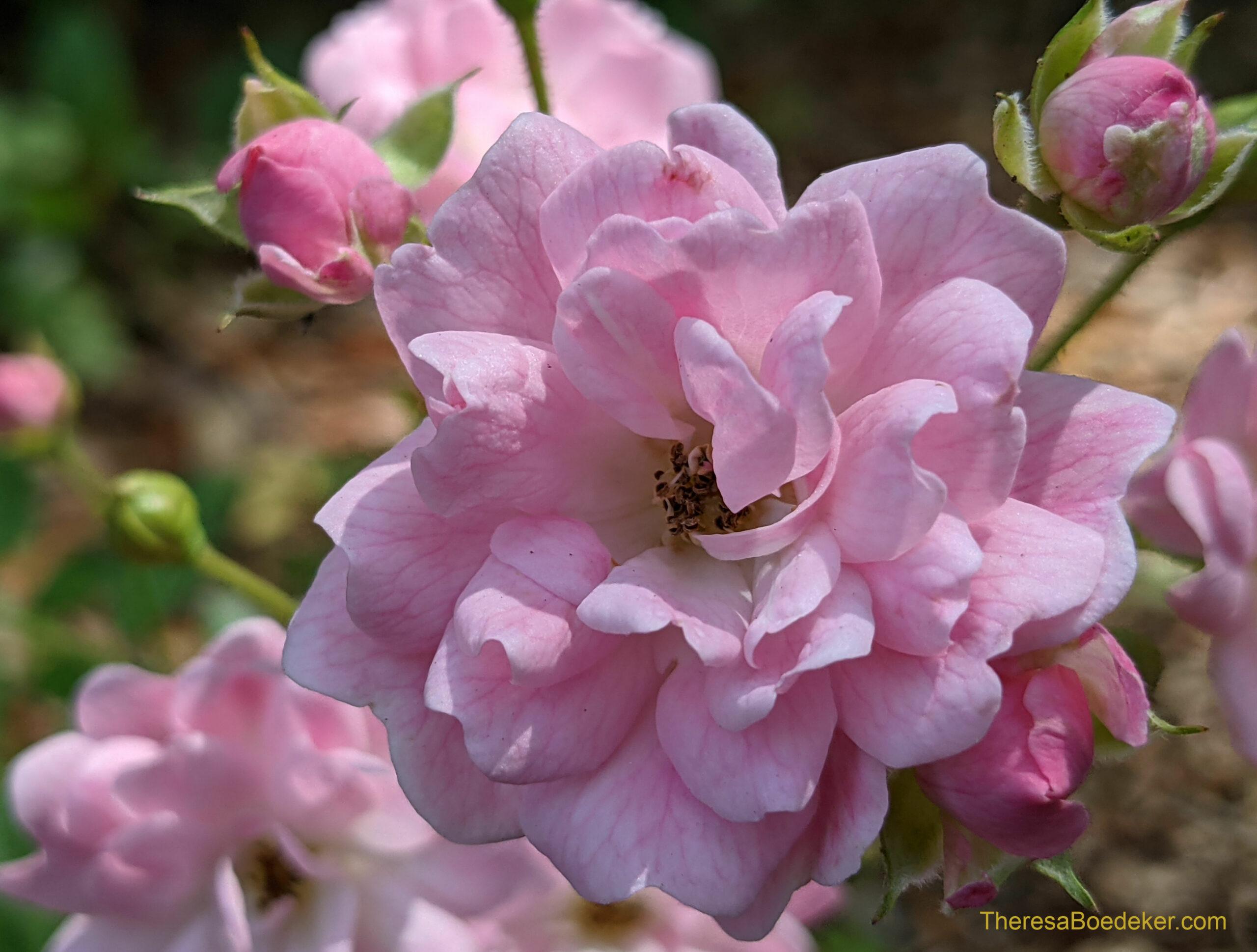 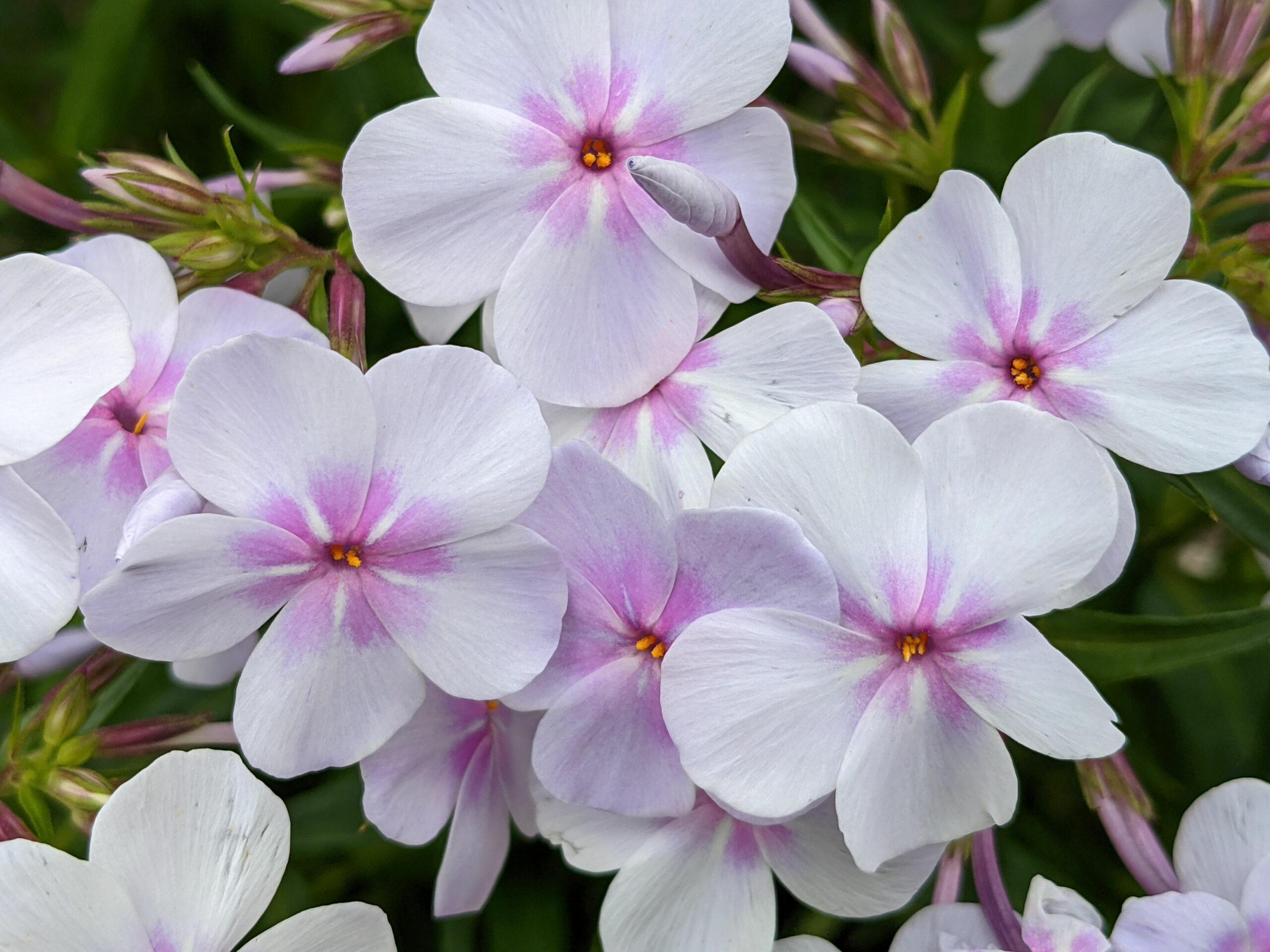 They love to dangle bait and get us to bite.

My therapist used to say to me, “Don’t bite the bait, Theresa.”

Intellectually I knew what she was saying. But not biting the bait was hard. Maybe I could keep from saying anything or responding back to their comment, but in my brain, I was biting. It became a whir of activity and was saying all sorts of things to them.

The things you would have heard if you had listened to my brain.

They are fishing, and you are the big fish they are trying to catch.

Imagine going fishing. You want to catch a plump fish, so you put a fresh, attractive worm on a hook to lure a fish to you. This is what people do with their comments when they are trying to provoke us. They real in their fishing line and put a juicy comment on the hook that they think will cause a reaction in us, and then they dangle it in front of our face. Wiggling it inches from our face, until we lunge forward. Once we respond, we have bitten the bait, and they reel us into a fight.

We can either bite outwardly with our words, or we can bite inwardly by fighting with them in our mind and letting their comment bother us.

Either way they are stealing our peace.

Either way, they win when we bite into their juicy worm dangling in our face.

“Don’t bite,” my therapist would say. “Ignore the bait.”

To help myself not bite, I even drew a picture of a hook with a big juicy worm on it.

I still bit most of the time.

I would be telling a story, and my therapist would stop me, “Theresa, do you see that? You bit the bait.” And then we would discuss what I could have done differently.

I would like to say I solved this problem and now ignore all juicy worms, but that would be a fairy tale and not real life. But I have gotten better.

And since life is about progress and not perfection, I’m celebrating my progress. 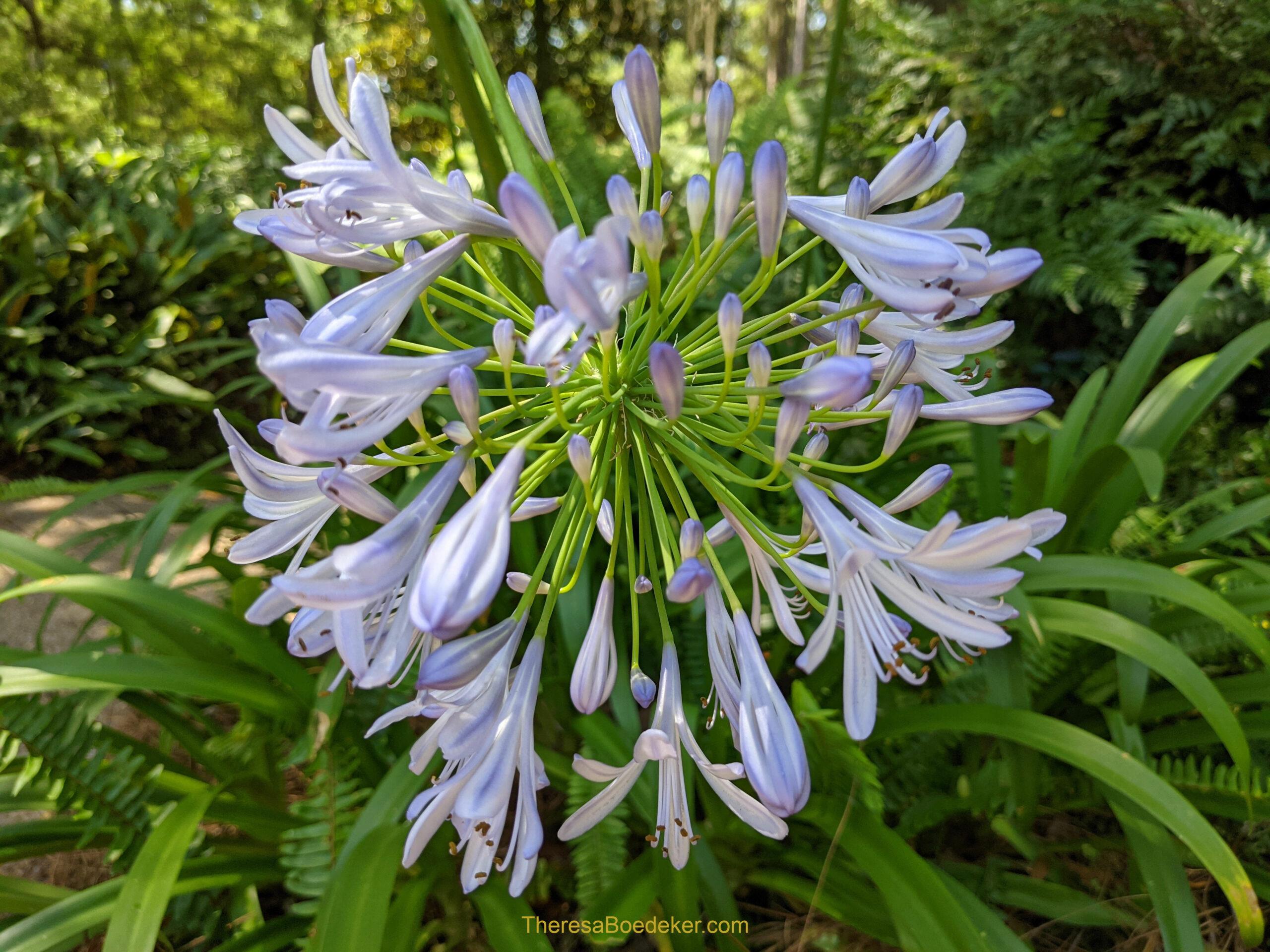 Jesus had all sorts of people fishing for him.

Jesus had all sorts of dangling worms during his ministry.

Religious leaders were trying to get him to bite and engage in their arguments on a landslide level.

They criticized who he hung out with. Who he ate dinner with? What he ate for dinner. The disciples he chose. The people he healed. The stories he told. The laws he broke.

Their irritation at Jesus for being different and doing things differently had them digging for worms more than they were doing their job.

But Jesus usually doesn’t even give them the time of day. And when he does, he answers them in a way that silences them. Jesus never reacts the way they want him too.

They leave humbled or ignored. Their bait still in their hands. 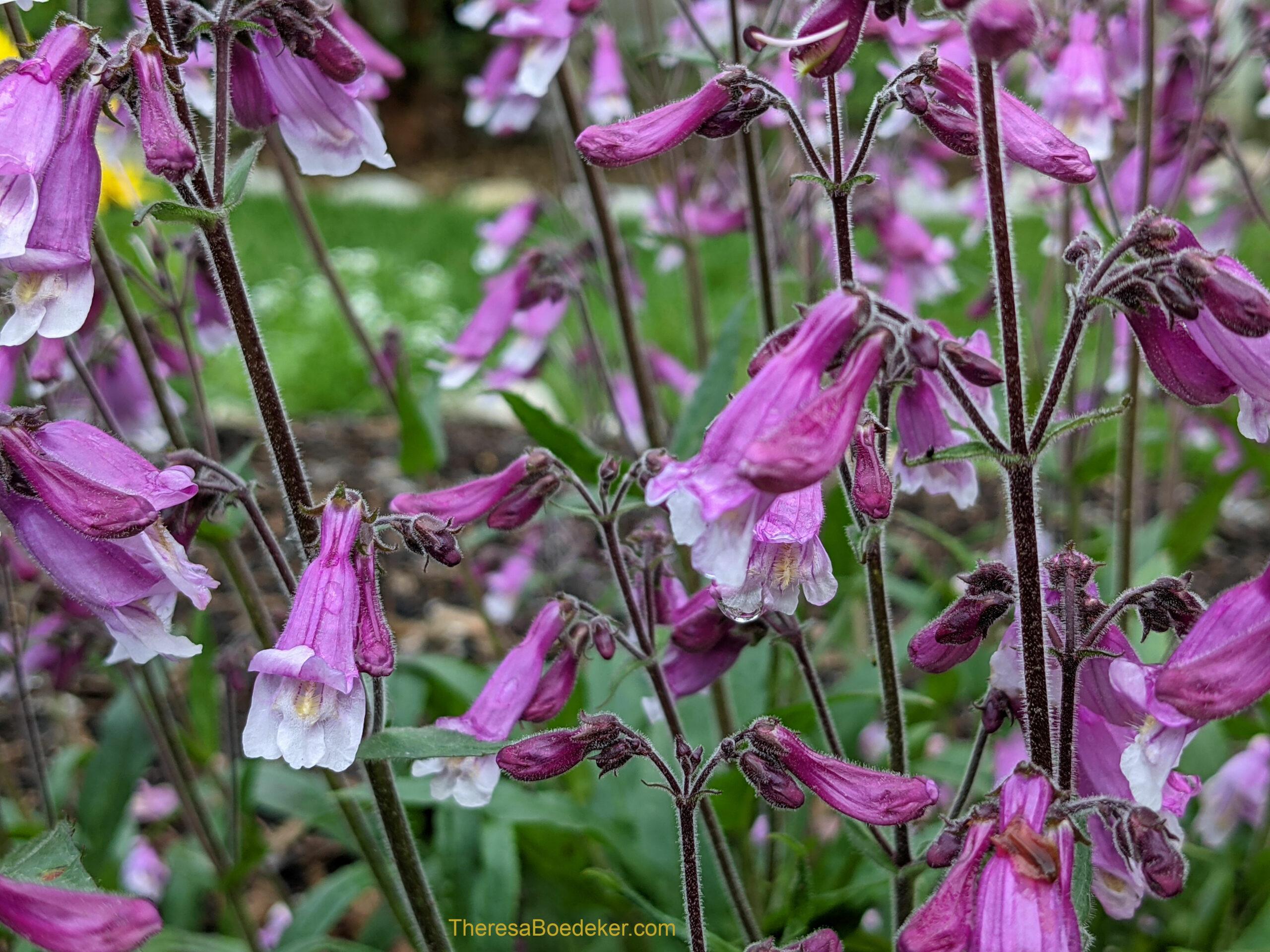 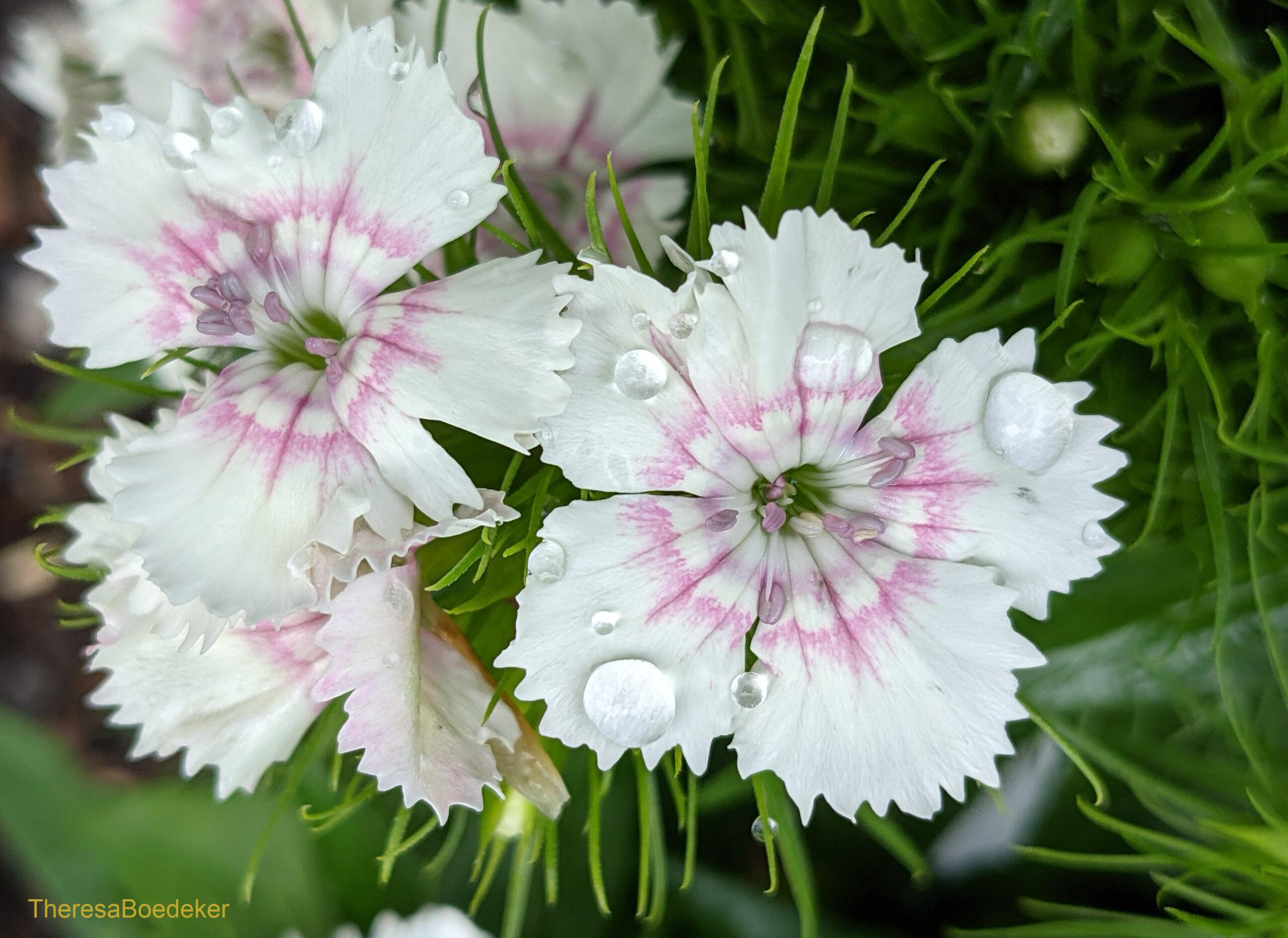 How to respond to criticism.

I don’t know if you have any Peninnah in your life. Or anyone trying to distract you from your job. Or anyone just floating around trying to get another unhappy person to join their party of dissatisfaction.

But even those we love can make comments that cause us to grind our teeth and want to bite a fat wiggling worm and start the long fight to shore.

And let’s not forget, that we can do the same thing for them.

We don’t want to be on either end of the hook.

Different things trigger us, and we can bite that worm faster than a starving bass. But we don’t want to if we can stop ourselves.

I may remind myself, “Your opinion can be different than mine.” And then I choose to keep walking past the bait to something worth my time.

The thing is I don’t want to spend my time and energy debating my opinion with others who really don’t care about what I think. I don’t want to debate them out loud or in my mind.

I also remind myself that I am not after their good opinion. Because not biting means that I need to be okay with them not having the opinion of me I want them to have. (But remember, biting and fighting won’t change their opinion of you for the favorable either.)

Not biting means letting my actions speak louder than my words. (Instead of trying to convince them with my words that I am not what they are accusing me of.)

I love what Mary DeMuth says: “I realize it’s not my job to make sure everyone in the world understands me. Jesus holds my reputation, thankfully.”

Because it is usually more about them and their attitude, than it is about you. 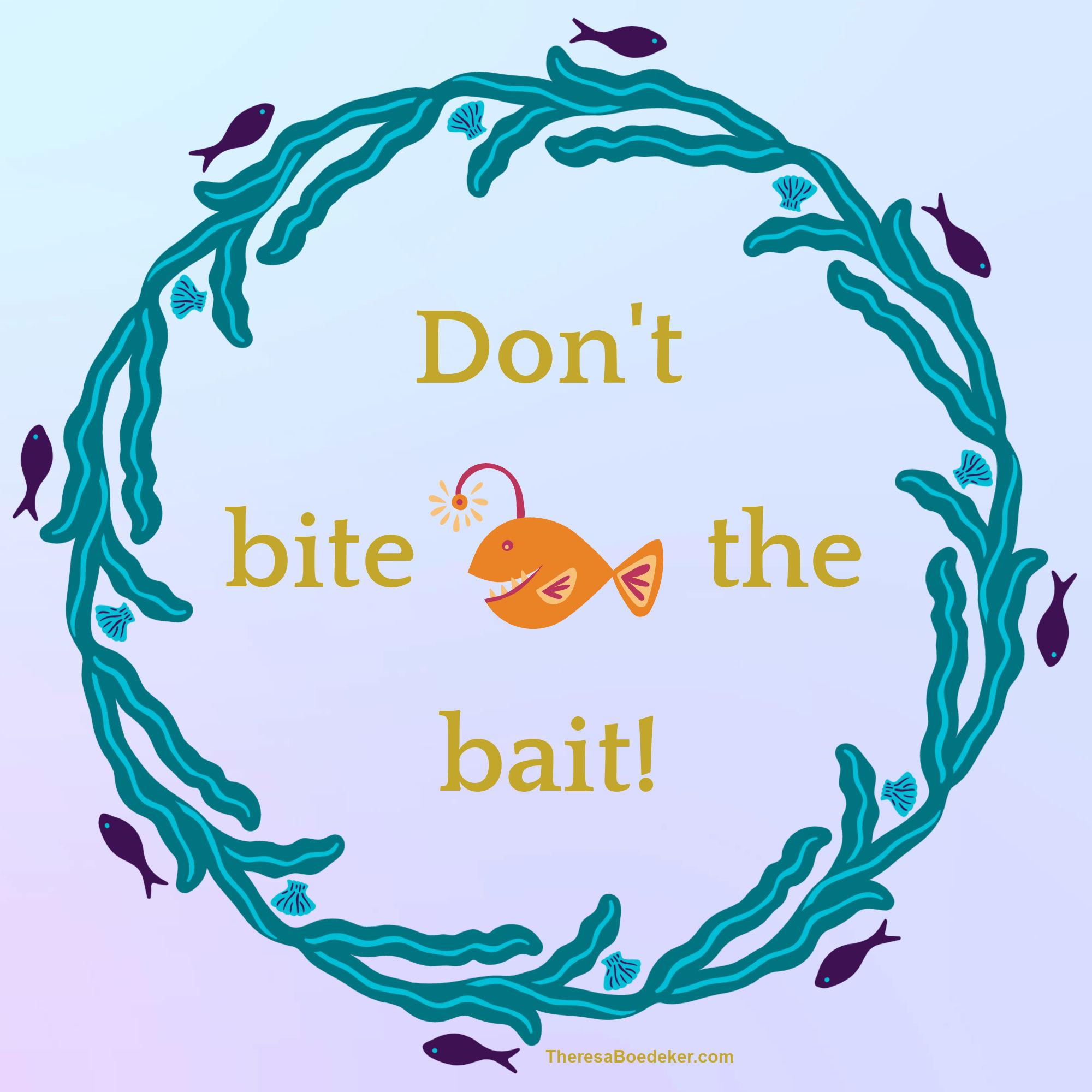 Remember that you are loved more than you can imagine,

Join the Discussion:  What tricks do you use to keep from getting hooked by the comments of others?

P.S. Have you ever realized that so often we get hooked into defending something that is not provable? They call our joke stupid. Yes, that hurts our feelings (and it would be better if we just said, “Ouch, that rather hurts my feelings.”), but instead we retort that our joke is not stupid. Really? It’s their opinion against ours. It’s like trying to prove you are smart. Compared to some people you are. Compared to some people you are not. And what do you mean by smart? Are we talking intelligence? Common sense? Emotional intelligence? And who gets to decide what is smart? Frankly, it’s pointless. Totally pointless. And if we can see this, we can laugh at the futility of it all and not get hooked.

P.P.S. Or this juicy worm that I bit into today. “You never listen.” Well, I did that time because I started arguing about how if I didn’t listen to them, I would not be arguing about listening to them.

Keep your sense of humor at the ready, it will be easier to laugh at it and not take them or yourself to seriously. 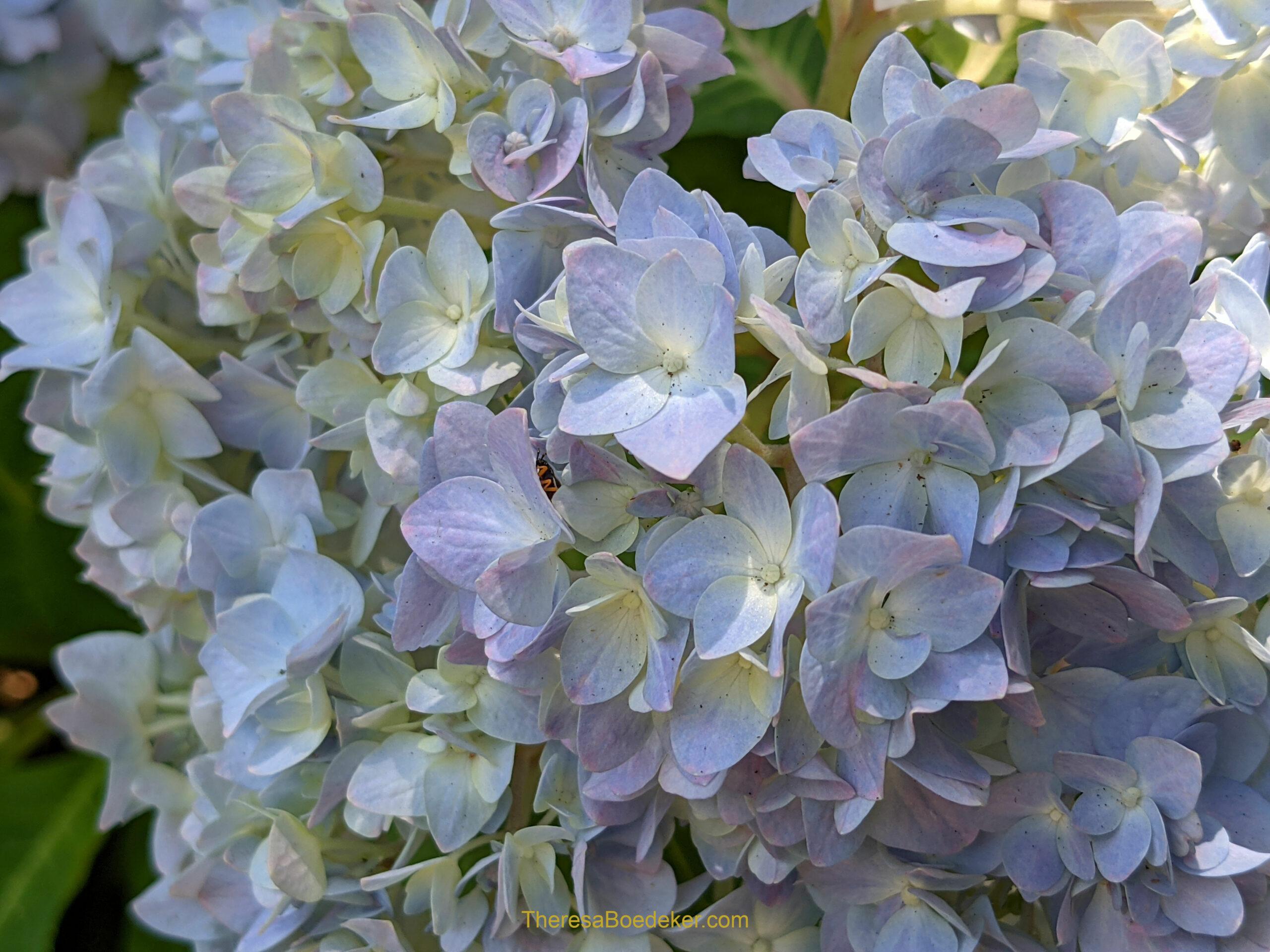 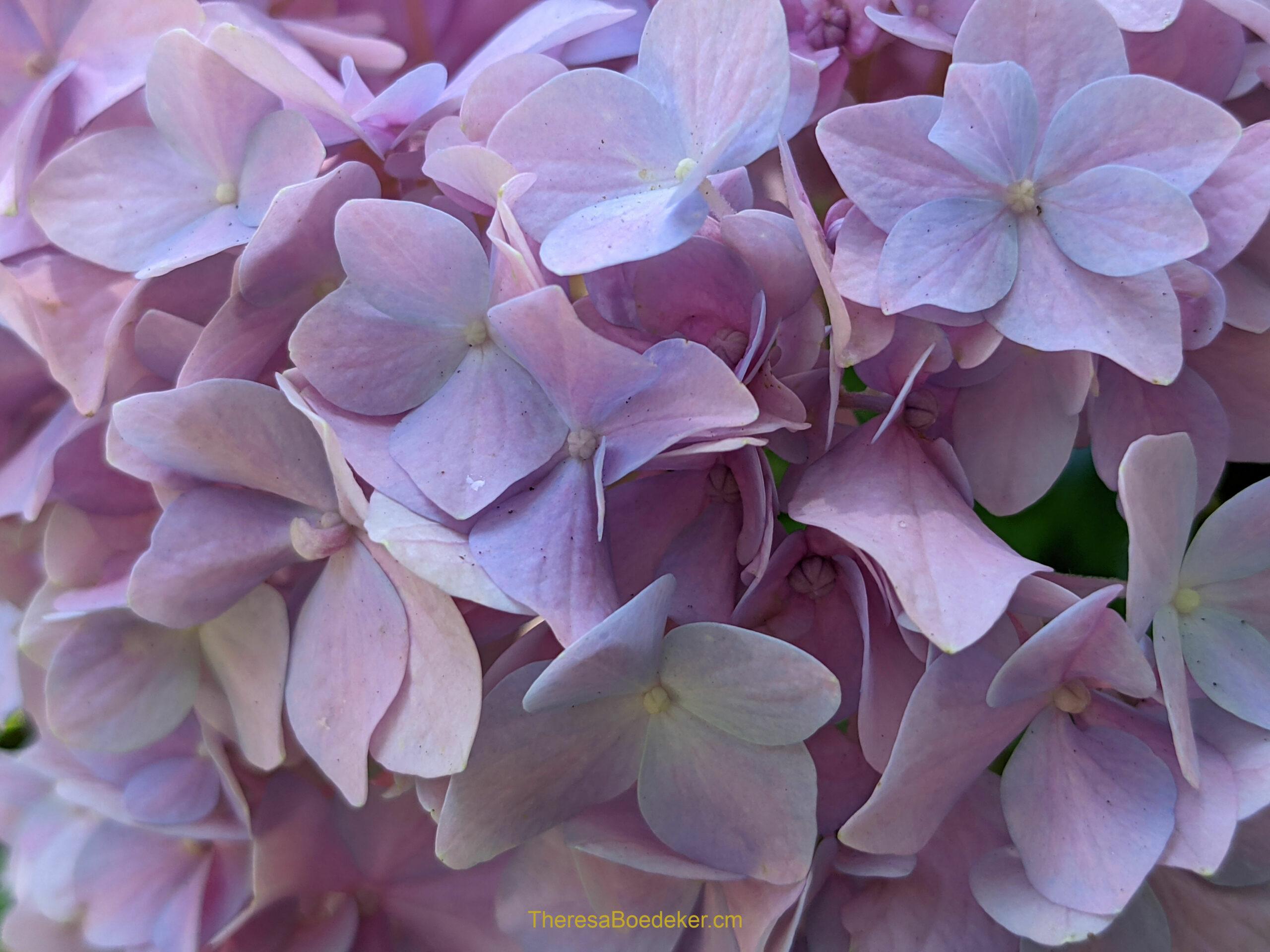 Previous Post: « Why We Feel Guilty for Taking Care of Ourselves
Next Post: Is God Really Good All the Time? »

Why We Feel Guilty for Taking Care of Ourselves

As women we are told to take care of ourselves. But when we do, why do we feel guilty?  ...