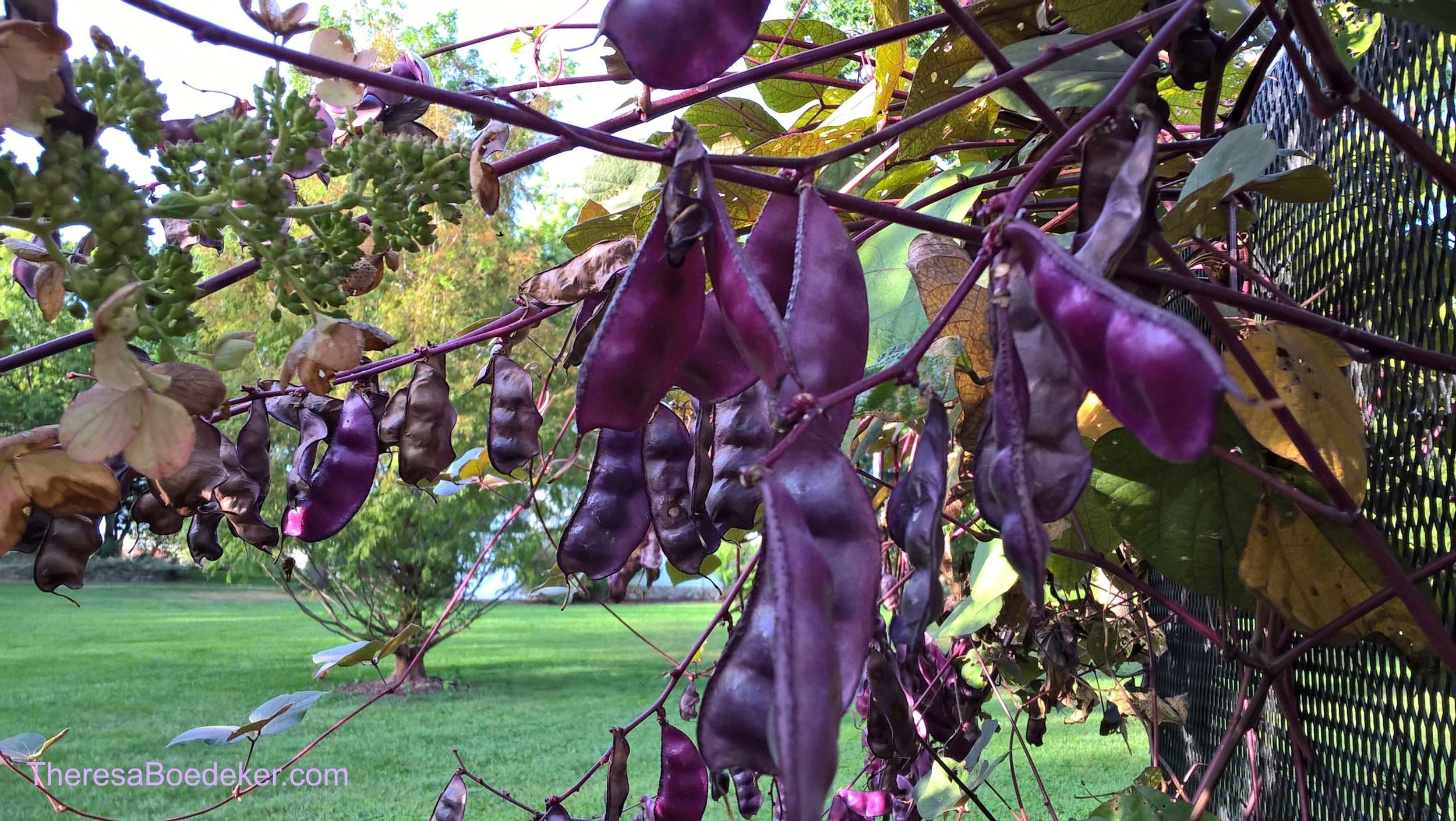 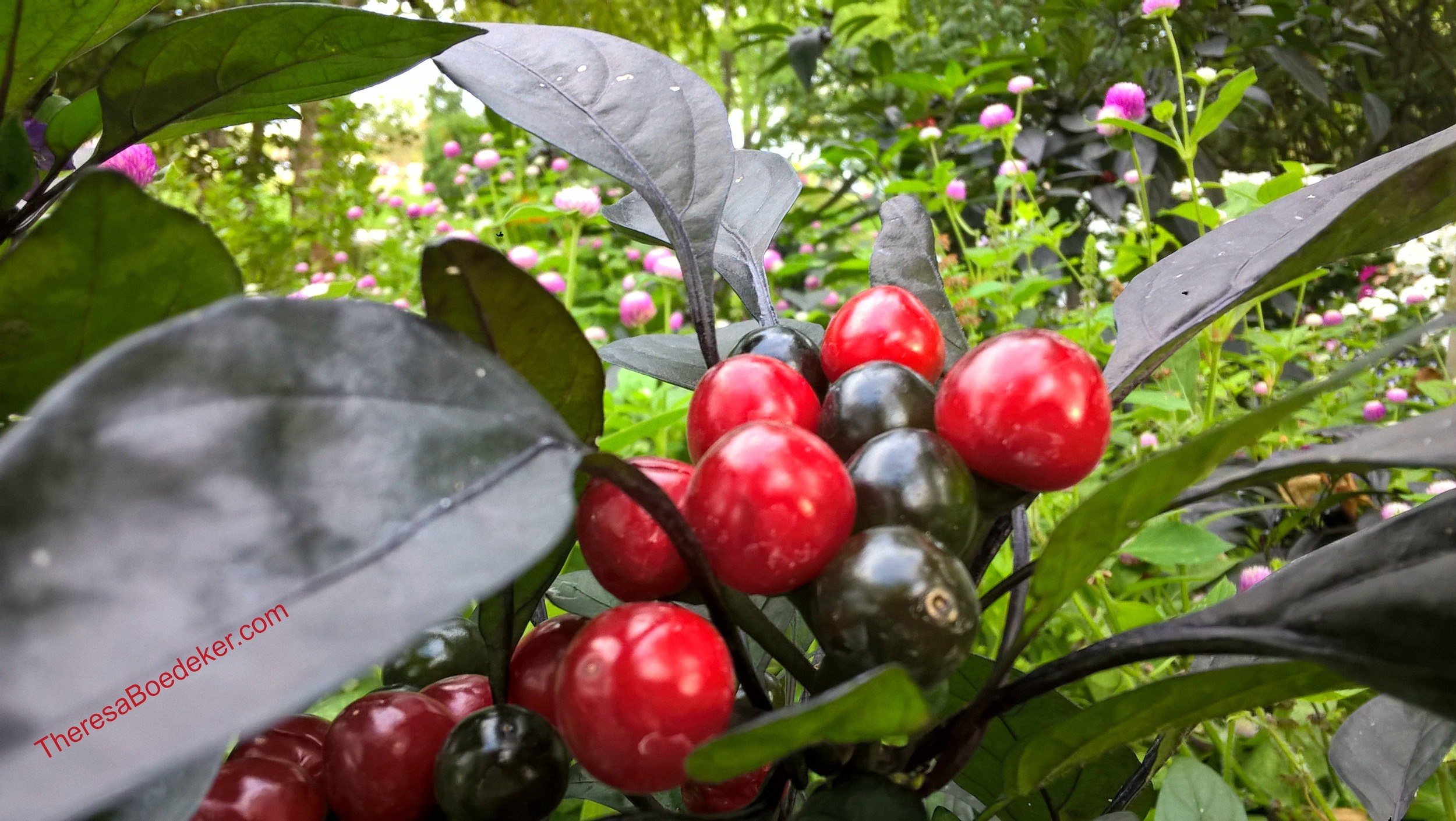 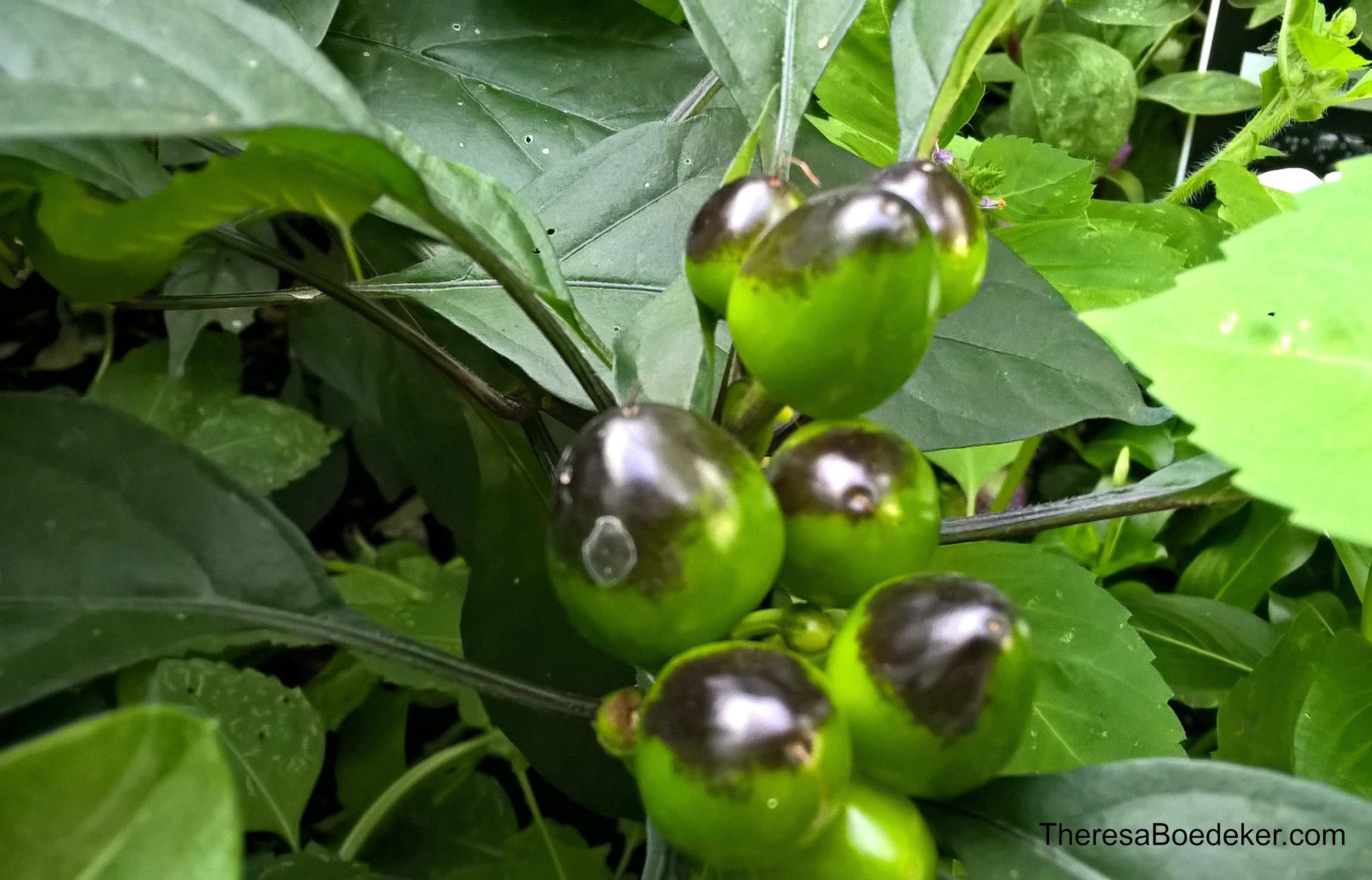 When we were dating, my hubby-to-be said that no child of his would pick their nose.

How this conversation came about, I don’t remember. Maybe we were talking about pet peeves, or maybe we were stopped at a stoplight and there in the next car was a picker. Or maybe there was a small child nearby with his finger up his nose, grossing out my hubby-to-be.

I remember saying, “Really?” After all, I felt I had a bit more experience on this topic. I had a brother and sister 16 and 13 years younger than me and I had babysat little ones. In my mind my experience stacked up pretty high, compared to his lack of experience

“Yes. No picking,” he said with authority.

I remember just laughing a little and saying, “What are you going to do? Put corks up their nostrils?”

I was wise enough at that time to realize that you could no more stop a child from finding his nose hole, than you could keep water from leaking out a cracked cup. But I was not wise enough to realize how little control I had over the rest of life.

I was young and believed that with my daytimer and careful planning I could control my life. Certainly, my day and week. This is what I had been led to believe and what I thought was true.

While I was single, I did feel I had more control over my life. My direction and choices.

Then I got married and had kids, and, well, you know what happened. My sense of control ebbed from my hands. Plans were changed. Schedules changed. Surprises popped up time and time again.

Controlling the day or the Week was all an illusion. An elaborate magic act that never turned out the way I thought it would.

Examples of illusion of control.

Murphy’s law is alive and kicking sat my house. If it can, it will. And if it doesn’t, I may just jinx the results myself. I have come to realize that if I write it down on the calendar or in my daytimer, it does not mean it will happen, get accomplished, or abide by the time rules I was expecting.

My doctor’s appointment may be at 2:00, but the doctor often comes sliding in at 2:45. (Sitting there wishing he would appear earlier has never worked.)

I plan to do A, B, and C tomorrow, and then in the middle of the night a child comes down with some stomach bug that involves purging one’s stomach most of the night.

I plan to rake leaves, and then it rains. I think about sitting down and relaxing and the phone rings with someone needing a listening ear. I plan to go to bed early, and a child needs mom time. I schedule 5 hours to sew a toddler’s dress, and 11 hours later it is done.

Now this doesn’t mean that chaos reigns at our house. No, I control enough things just enough of the time, or maybe I should say that I get enough things done on my to-do list and abide to or fulfill enough things from the calendar, that I sometimes feel I can control my day. Maybe even parts of my life.

And then something happens. I burn dinner. I have one of those days where I seem to accomplish nothing. The calendar falls apart. More interruptions abound in my day than dust settling on a sun splashed table. Emergencies poke their annoying head into my plans. I have to laugh once again at how little I can control my life. 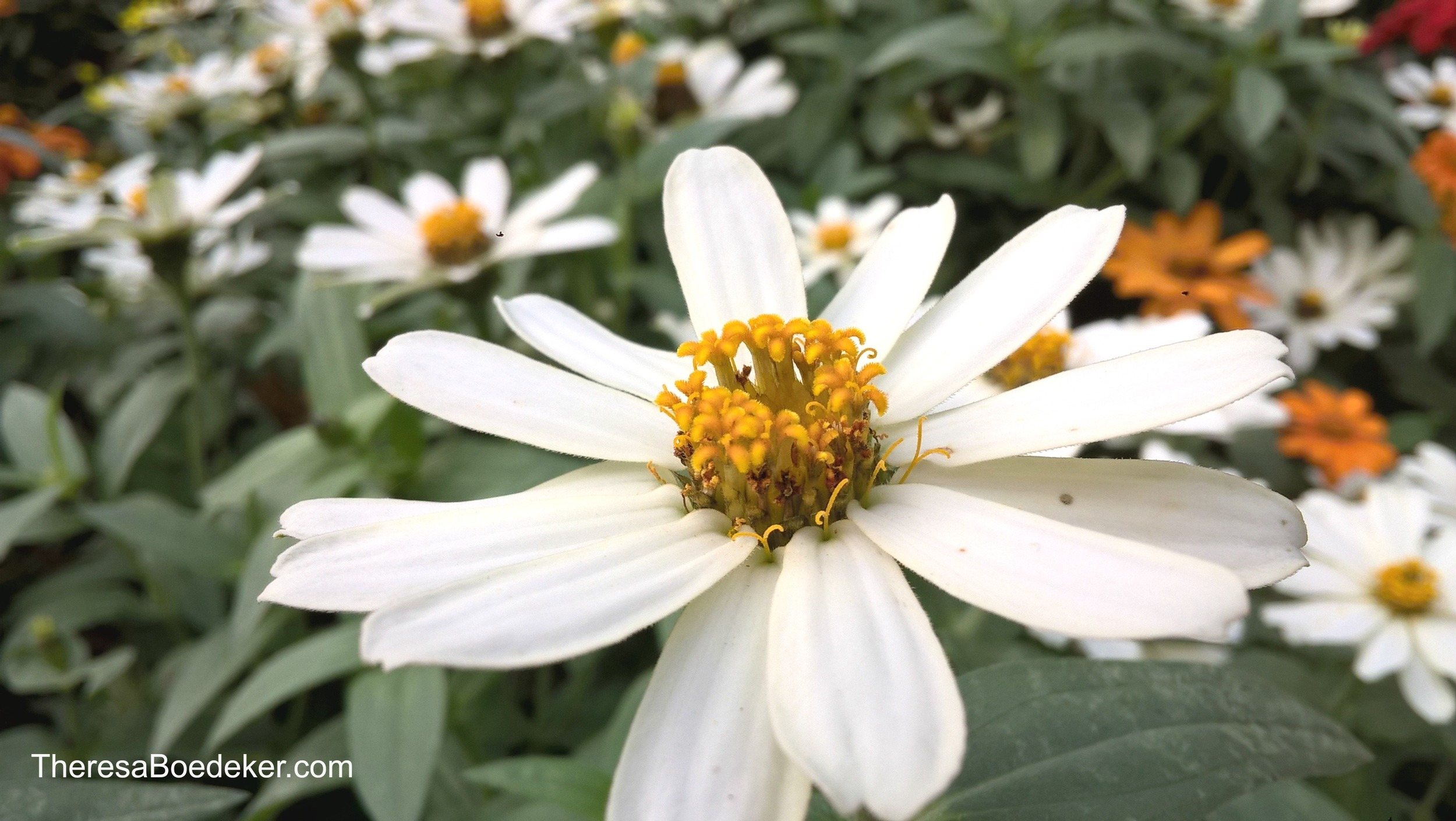 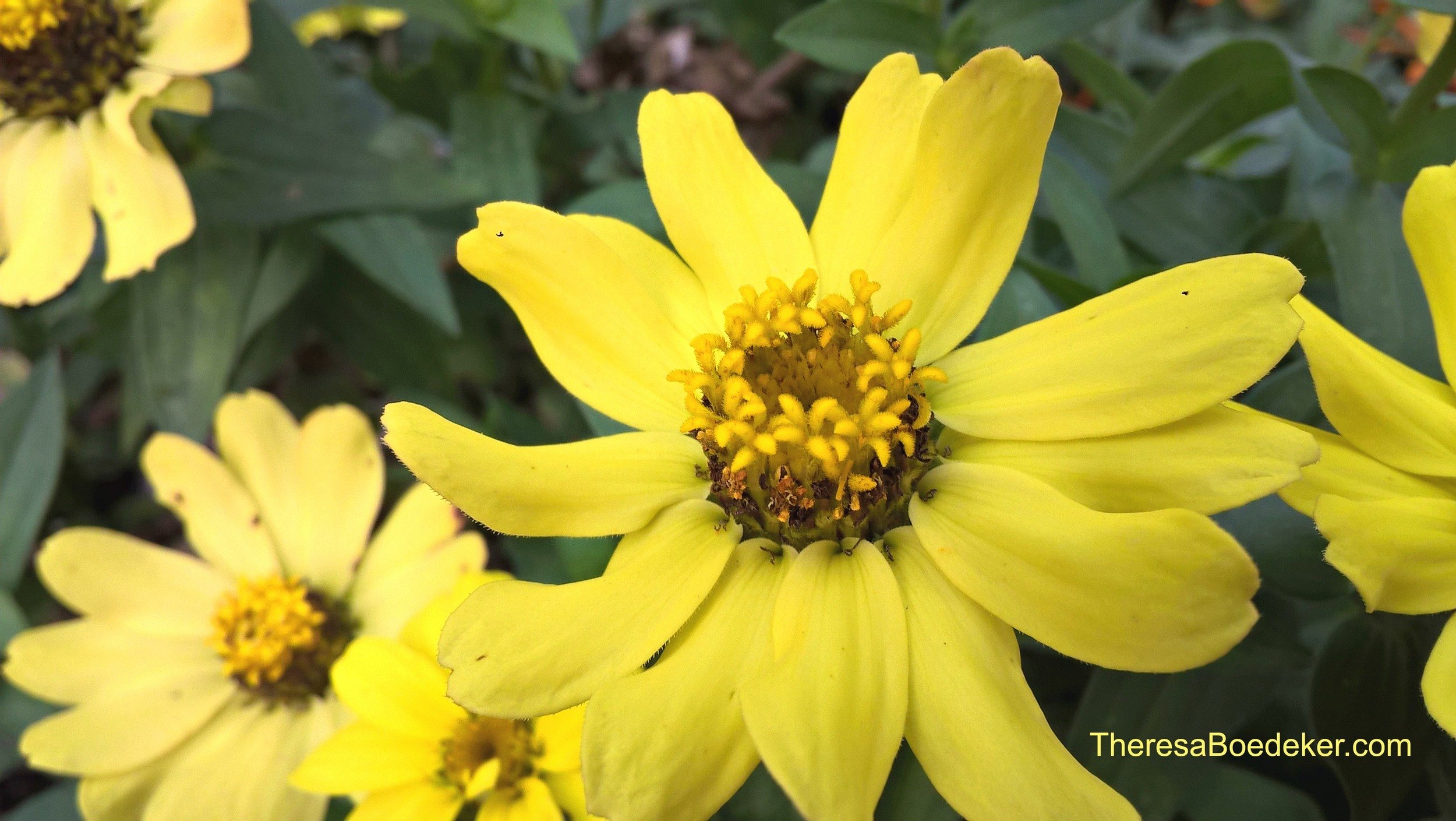 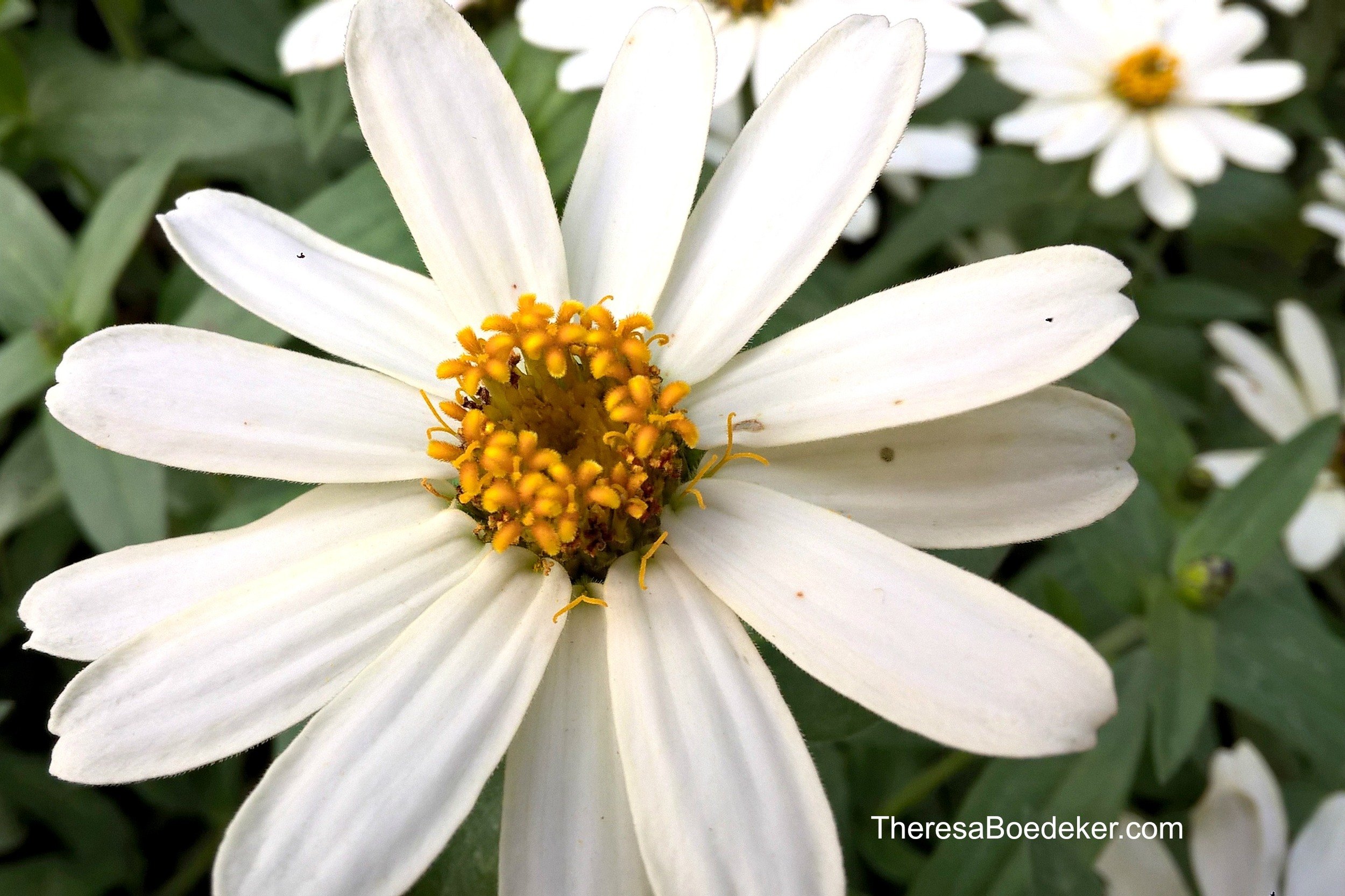 How the illusion of control is a lie.

I have this silly little notion that it is MY time. MY life. MY plans. When in fact it is God’s time. The time he gives me is a gift. And it is no longer my life, but I am bought and paid for and serving a new master. One who is a better planner and scheduler than I am. And as for my plans, well that sounds like I am the only person living in this family. Maybe this neighborhood. Yes, when I say my plans, it sounds a bit selfish and as if I am not taking others into consideration.

We live in a society where we are told we can plan and organize and control our life. Our future. Buy this daytimer. Use this organization system. Set these goals. I am not saying any of these things are wrong or bad. I use these things. But I need to be careful that I don’t really buy into the idea that I can really control my life and future. Because if I do, I may end up frustrated when my plans get thwarted. My day re-arranged. My goals changed or delayed.

I need to be open to new plans. New goals. New directions. I need to trust that God has got this under control. That his ways are far better than mine.

Because the idea that I control anything is an illusion. An amusing joke. I can’t even control myself, more a less my day, my future, my children or hubby or anyone else.

The only thing I can really control.

But I am not called to control anything . . . but myself.

Paul talks about self-control. Not controlling our day. Our years. 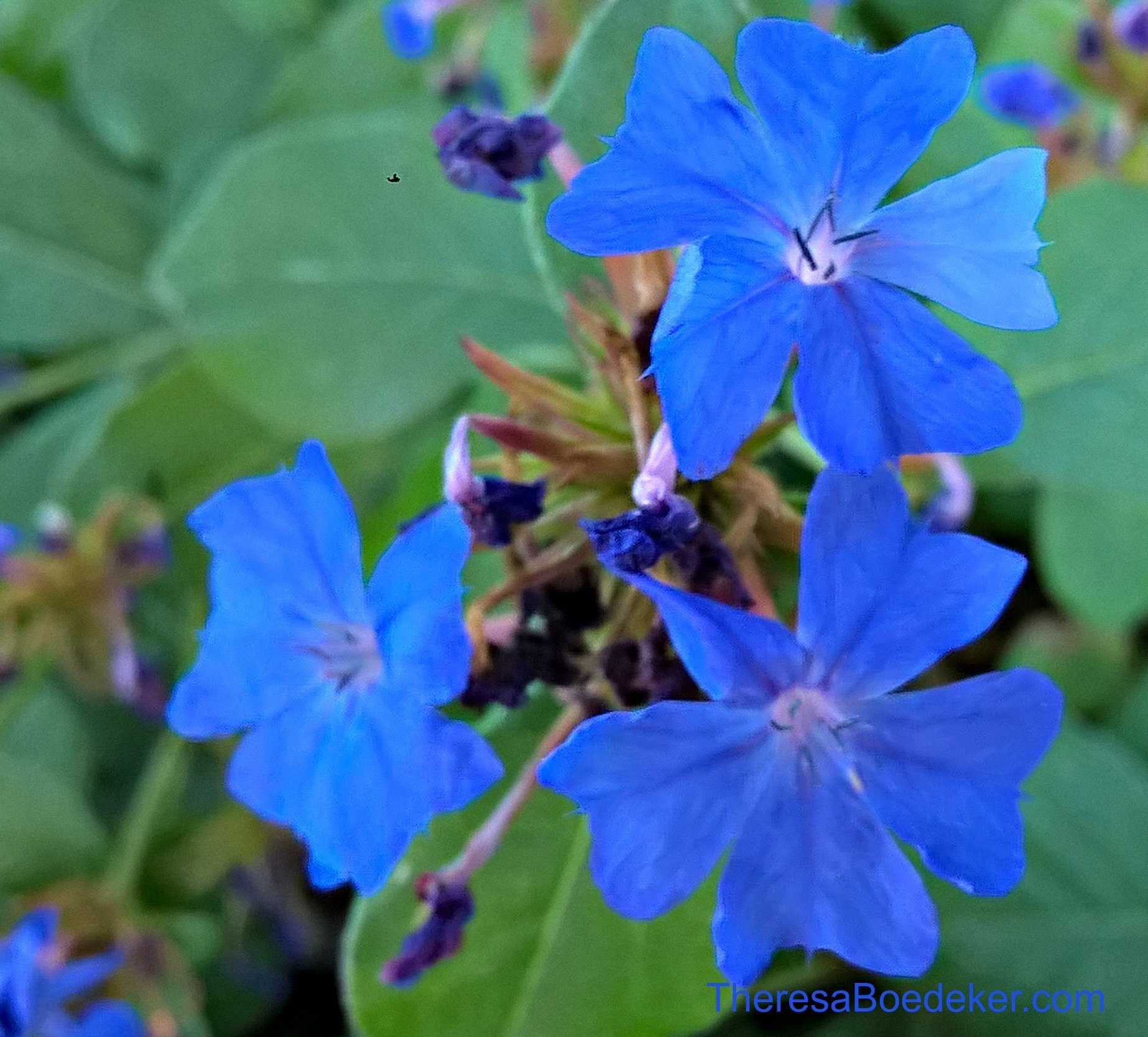 Self-control is hard. It is not a goal I can accomplish in a month or two and cross off my to-do list. It is not even something I will ever master in my life time.

It is a day by day, hour by hour task. One that seems almost an impossible task at times. One we can not do on our own. We need help to develop self-control. God gives us help in the form of the helper, or the Holy Spirit.

No, I am not called to control anything . . . but myself.

Remember these 4 things when it comes to control.

1. Strive for self-control, not control of your life or days. The first you really do have complete control of.

2. Strive for God’s timing, not your own. His is always better.

3. Make plans and goals and set items on the calendar, but hold them loosely and be open to them being changed.

4. Develop a sense of humor so you can laugh back at the illusion of control and when it falls into pieces. You will be less frustrated when Murphy’s Laws or surprises show up to poke holes in your calendar and toss your afternoon plans out the window. Or when your future looks different than how you planned.

Or when your plans for having children who don’t pick their noses . . . goes astray. 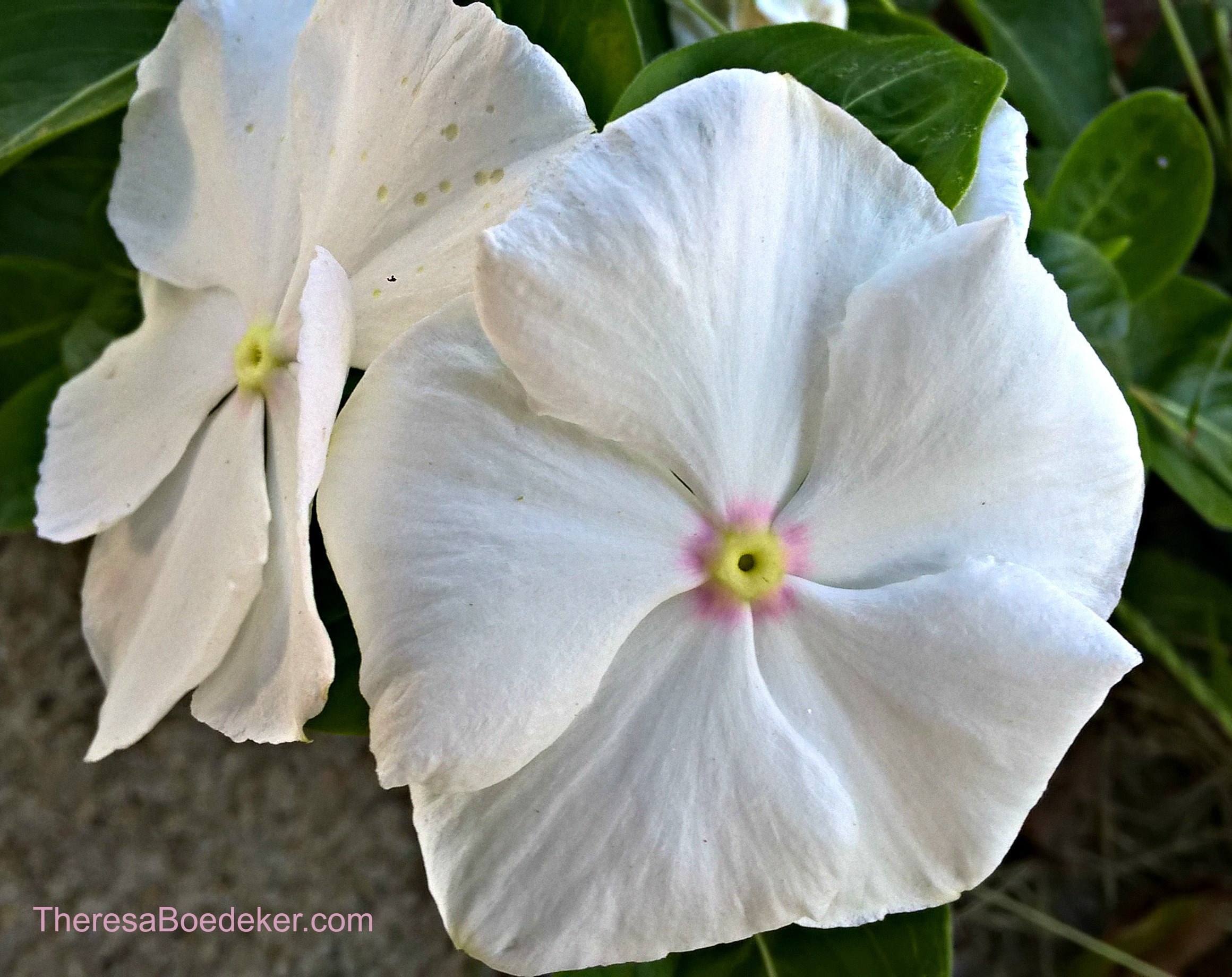 You can guess the ending, can’t you?

I think you know what happened. Well, you do if you have any experience with children and trying to get them to do or not do something.

They are as hard to control as ourselves.

Back then I was laughing at his comment that no child of his would pick their nose. But now with the passage of time, I am laughing with him. Because I have said so many things with authority and conviction that were about as silly as what he said.

When it comes to ordering your future kids, you need a sense of humor, because we really have no control over that.

You know what kind of kids we had, don’t you?

Of course, you do.

The same as most everyone else. Pickers. 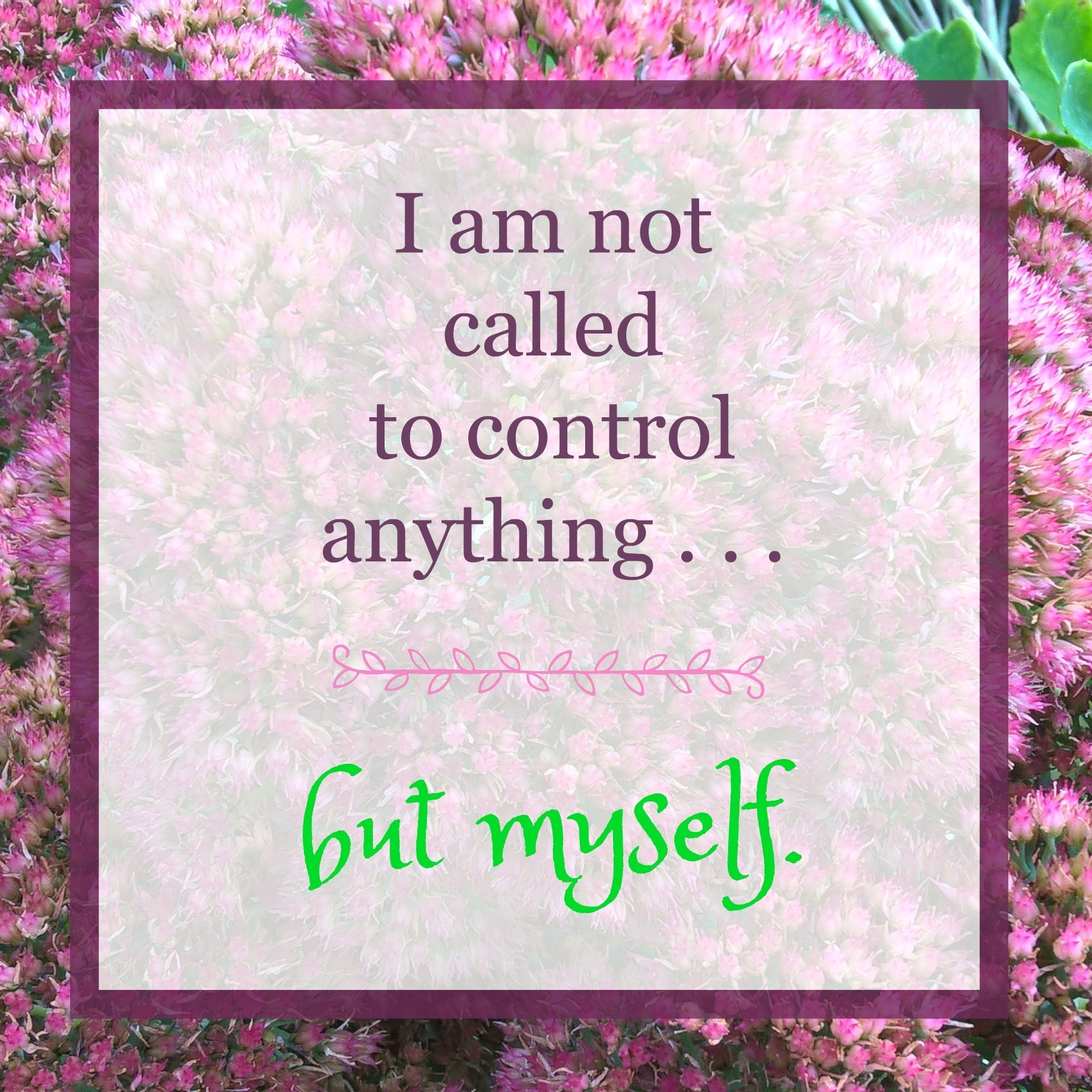 Join the discussion: What are your thought on controlling life? How successful have you been? 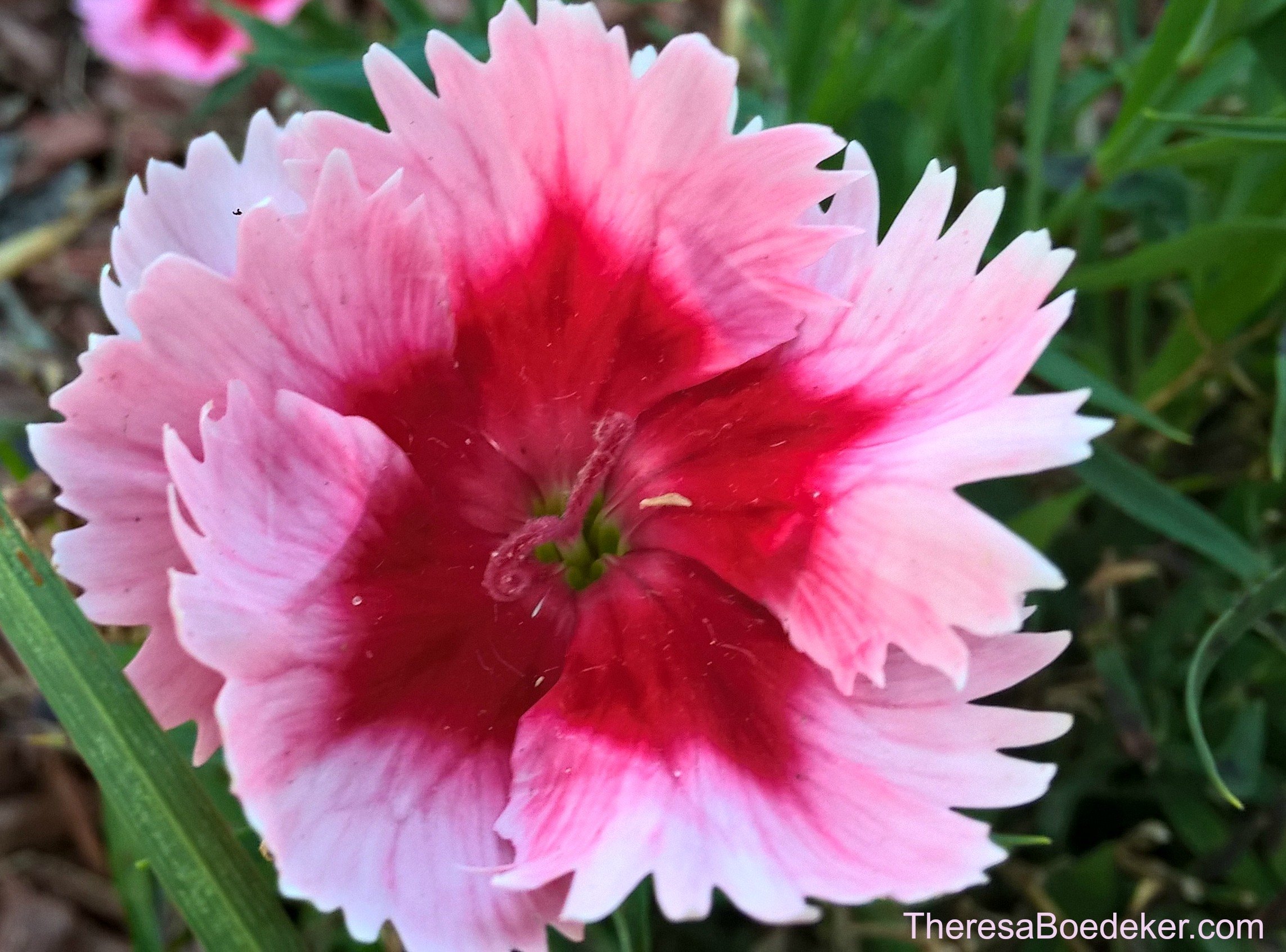 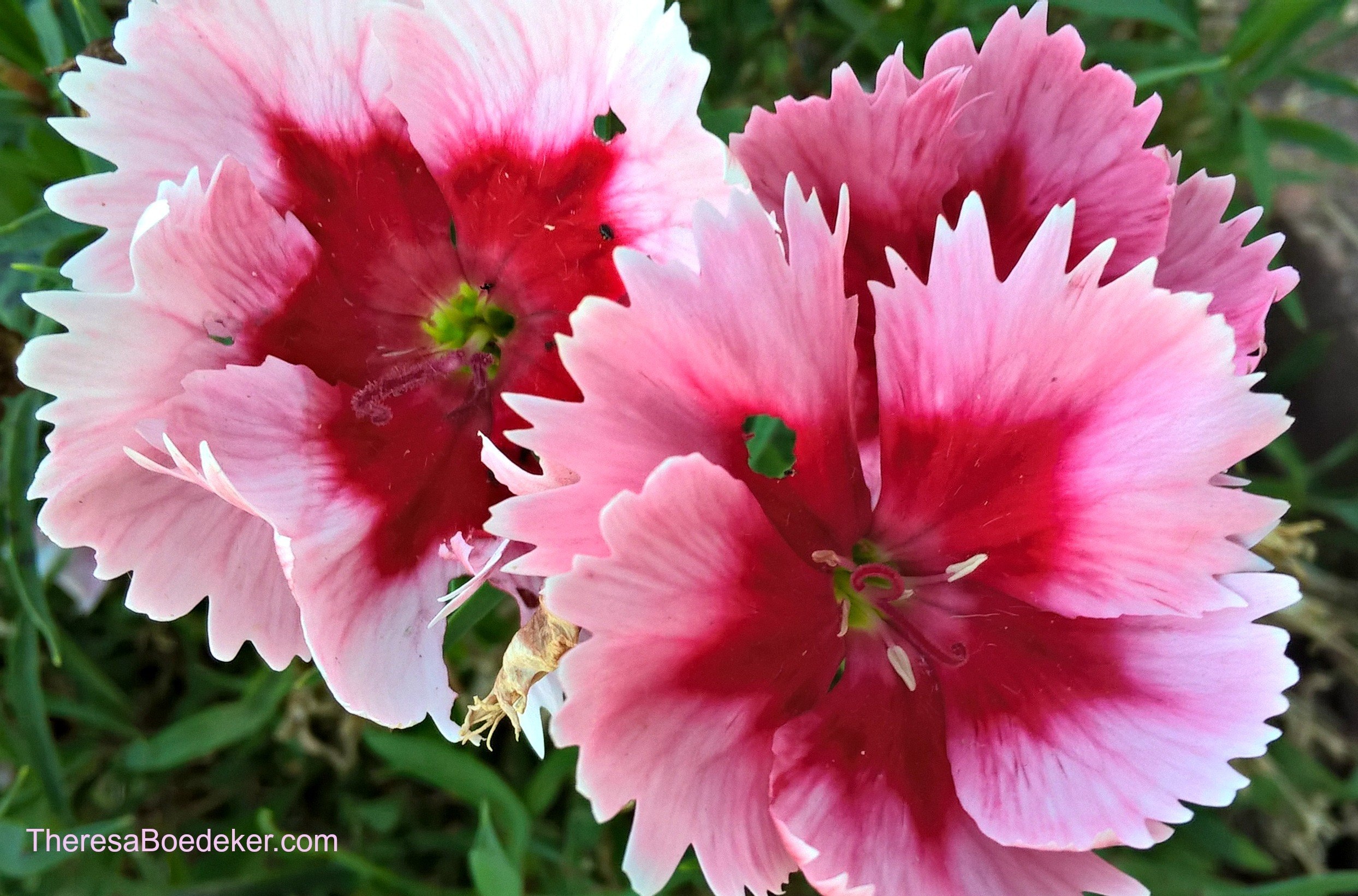 My husband surprised me. There we were in church during prayer time. The beautiful time set aside to speak...