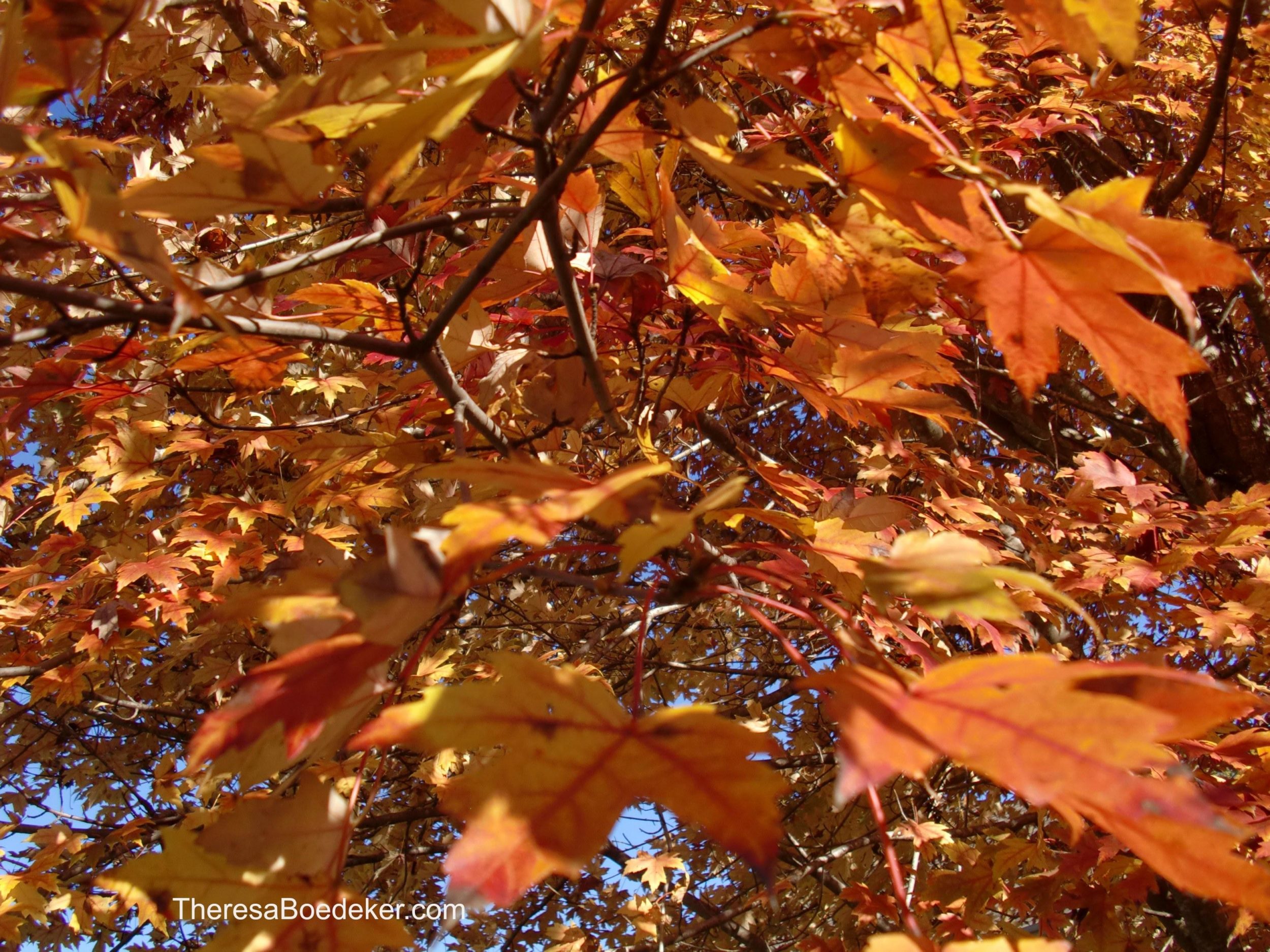 Do you ever remember something you said, or perhaps did, and get embarrassed? You inwardly cringe or give a nervous giggle? Or maybe you wish you could go back and change time with just a little turn or a small eraser?

Well I do that, sometimes. Especially this time of year.

It’s fall and the deciduous leaves are changing into crayon box colors of brightness and I remember our trip back east and cringe just a bit. I was in my twenties, our daughter was 3, maybe 4, and we were on a plane from Seattle to Boston. It was fall, end of September, beginning of October and we were heading back for a week and a half to attend a conference and sight see and explore.

There we were on the plane for hours and I was busy trying to entertain our daughter and read my book and control my excitement.

I finally settled down to read and as I am opening my book my ears perk up at my neighbor’s conversation.

“So why you headed out east?”

“To see the leaves.”

“You ever seen them?”

“No, but people say it’s an unforgettable experience.” 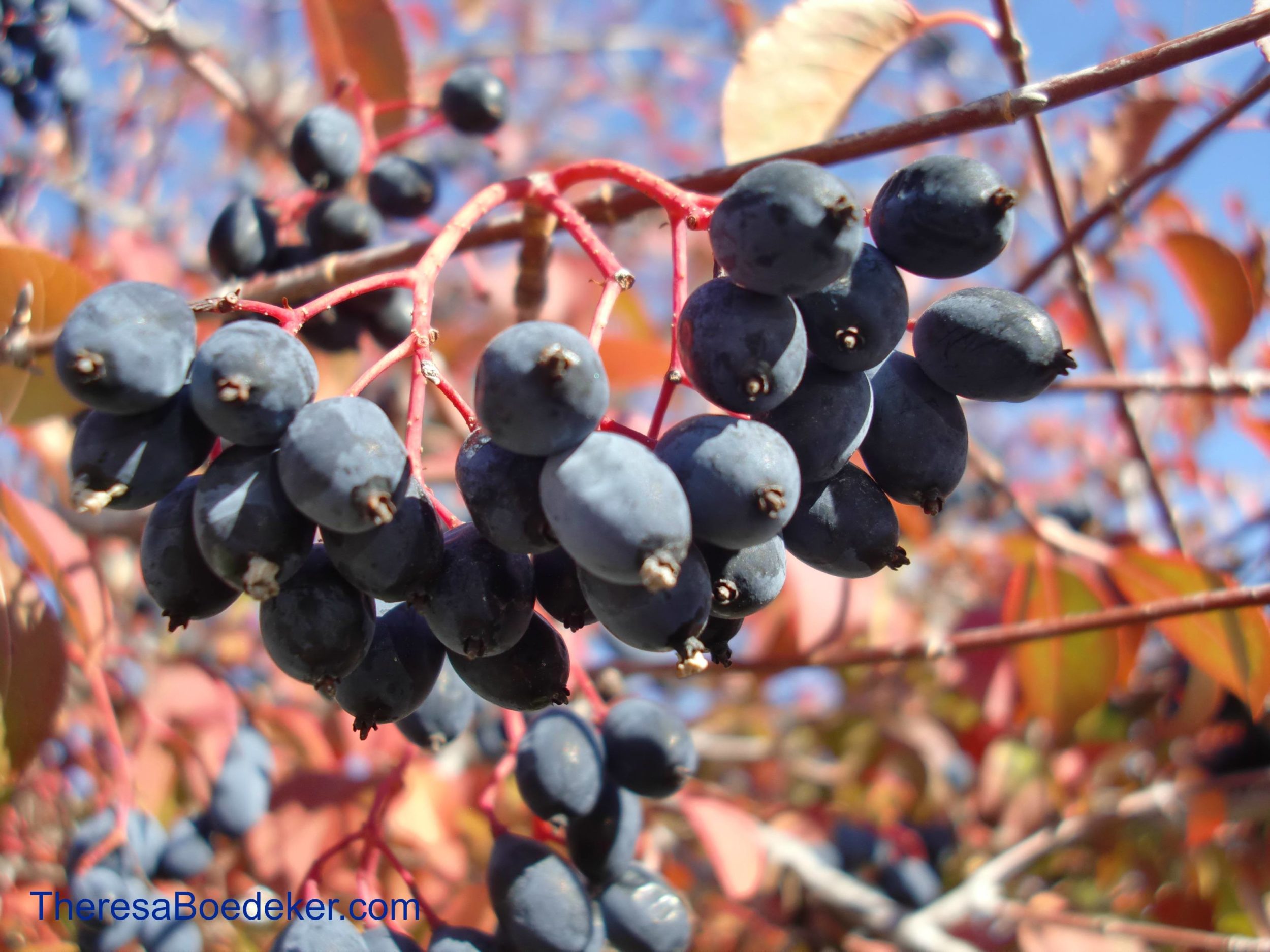 The leaves, I thought, and started laughing quietly. Who were these people who were flying from Seattle to Boston to view leaves? Botanists? Leaf Professors?

I casually observed them. Yup, they were definitely too old for very much excitement. Maybe colored leaves was all the adrenaline shooting excitement their poor hearts could manage.

I glanced down at my book. Then my ears pricked up again. This time the people in front of us were talking. And if it wasn’t the exact same conversation. People going out to view leaves. A little later I heard people talking behind us about the same exciting thing. Leaf viewing.

Who were these people, I wondered? Was I on a plane with a bunch of crazies who were spending money and traveling across the continent to see a few leaves when a drive into our mountains would have been a much cheaper alternative? Did they have so much free time they were filling it with leaf study?

We landed, and while we were standing in line waiting for our rental car, I told my husband about the loonies on the plane who had flown all this way to look at leaves. “Who are weird these people?” I asked, poking fun at them.

Now Seattle has mainly Evergreen trees that stay a dark green year round and don’t provide any spectacular color anytime of the year. Although they do drop ugly sharp dead brown needles that are annoying. In the mountains, there are patches of more deciduous trees that turn color in the fall and this is the place people around Seattle go to see color.

I had been into our mountains in the fall numerous times and I couldn’t even fathom someone spending money to see mountain fall colors thousands of miles away. We checked into our hotel for the night and collapsed from flying exhaustion.

Next day we were driving to Lowell and I saw this brilliant purple tree aflame in a leaf color I had never seen. It was so bright I practically needed my sun glasses.

Then I ran out and took some pictures and picked up a few leaves.

“Have you ever seen anything like this?” I asked hubby. “Purple leaves?”

Frankly, I ended up eating crow. We didn’t go back specifically to see the leaves, but they ended up becoming a main part of our focus. We skipped part of the conference and drove through lower Maine, New Hampshire, Vermont, and upstate New York just marveling in the beauty of the leaves. The sheer number of deciduous trees. The colors that were so bright and bold and so unlike trees we had ever seen clothed before.

Suddenly what the people had said and that I had been laughing at, made sense. I became one of those leaf hunting, searching, gazing people who were pulling off at overlooks to just stand and stare in awe and take pictures. I also was collecting and pressing leaves in a book.

It was so beautiful we talked about moving back east, and then a native reminded us that it only looked like this a few weeks of the year. A few days after we had landed and became enthralled with the leaves, some family flew in and we were having dinner with them. They asked what we recommended for sightseeing, and we gushed about the leaves. On and on we talked, and they looked at us with blank expressions. Clearly we were now the loonies.

“Seeing the leaves is spectacular,” I tried to explain, “like experiencing an optical orgasm,” I gushed, then blushed.

Two of them choked on their dinner and almost needed the Heimlich maneuver. My husband raised his eye brows and nodded at our daughter.

Okay, maybe I had become one of those crazies on the plane who was searching for the leaves of all leaves.

Here I was gushing about leaves, these unexpected blessing, when days earlier I had been laughing and thinking arrogant and judgmental thoughts about people like who I had become.

I think about this experience every fall and think it would be fun to head east again and see the florescent leaves, and then I laugh and remind myself not to make the same mistake again.

I am learning that it often better to just nod, smile, and maybe ask a question when someone says something I think is so outrageous that I want to burst out laughing from the ridiculousness of it all.  Especially when it is about something I have no experience with.

Yes, I am trying to remember that sometimes it is best to reserve judgement until I have tried it. Or at least learned more about it.

Because I never know when I may join them in their ridiculousness and even later recommend it to others. Join the Discussion: Do you have a similar experience? Have you made fun of something and then ended up liking it?

Yay for Mistakes! Part 2, How to Respond
How to Handle the Hard No and Life's Dissapointments
Sock Solutions that Bedazzle

Does Happily Ever After Really Exist?

We grow up on "Happily Ever After." The book ends happy. The movie ending makes us sigh with contentment. The...